Search and rescue crews from 16 states are already on the ground all across the impact zone.
WPVI
By Walter Perez 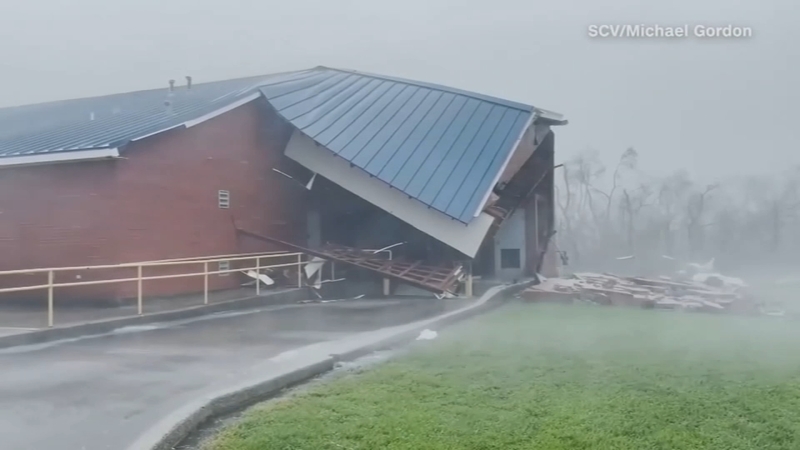 Rescue and relief efforts after Ida aided by help from Pennsylvania

PHILADELPHIA (WPVI) -- Hurricane Ida delivered another brutal blow to Louisiana on the 16th anniversary of Katrina, and now comes the very painful and slow recovery.

The category four hurricane came ashore with extraordinary force over the weekend, but despite 14 inches of rain in and around New Orleans, the levies held.

So while this is not a Katrina-type catastrophe, it is brutal nonetheless.

Thereare approximately one million power outages in Louisiana and Mississippi and the electrical grid is pulverized amid stifling heat.

Some 30,000 utility workers are in the state trying to restore power.

The storm pounded parts of Louisiana with winds up to 172 mph.

Red Cross spokesperson Anthony Tornetta spoke with Action News from Baton Rouge on Monday, saying there was some cruel irony in the fact that Ida made landfall on the 16th anniversary of Hurricane Katrina.

"As a former Navy veteran who was station down here when Katrina roll through - that's what it made you feel like," Tornetta said. "The intensity of the wind, the power the wind was bringing."

Tornetta, who is from the Delaware Valley, says the winds were powerful enough to rip roofs from buildings and topple dumpsters like they were Legos.

Staffers at the Brandywine Valley SPCA continue their hard work to find homes for pets affected by Hurricane Ida.

On top of that, you have a tremendous amount of water the storm dumped on that region.

"There was a creek right behind the building where we are staying, and that was little to no water yesterday. This morning it almost look like a Schuylkill was overflowing, to give you an example of how high that river kind of grew quickly," Tornetta said.

Meanwhile, search and rescue crews from 16 states are already on the ground all across the impact zone.

That includes Task Force One crews from Pennsylvania and New Jersey.

Ken Pagurek, captain of Pennsylvania Task Force One, says their focus is finding anyone who might be trapped or simply unable to help themselves.

"We are ready to do whatever it is we can to assist. Evacuate, search, get into the neighborhoods that get inundated with water, conduct searches by boat, etc.," said Pagurek.

FEMA administrator Deanne Criswell told Michael Strahan on GMA that Ida was "one of the most catastrophic hurricanes to make landfall."

Now, there are concerns over the storm's track as it moves toward the Delaware Valley over the coming days.

Guy Triano from the Southeastern Pennsylvania Red Cross chapter says that while whatever we contend with here will be a fraction of what they experienced along the gulf, it is always smart to prepare for the worst.