At least five vehicles were involved in the crash.

The multi-vehicle crash shut down traffic on I-95 SB during the early morning commute.

CHESTER, Pennsylvania (WPVI) -- One person was killed in a series of crashes that shut down all lanes of I-95 south near the Commodore Barry Bridge during the Thursday morning commute.

The multi-vehicle crash occurred around 5:30 a.m. on I-95 in Chester, Delaware County.

According to officials, the incident began when one car crashed into another car, then left the scene. The situation quickly turned into three separate crashes with one fatality, officials said. At least five vehicles were involved.

Chopper 6 over the scene showed smoke coming from one of the vehicles.

The southbound lanes were closed for about four hours while crews investigated and cleaned up.

Police believe the hit-and-run vehicle should have functional passenger side damage.

Anyone having witnessed this crash or anyone with ANY information at all, is asked to contact Trooper Mario Solis at 484-840-1000. 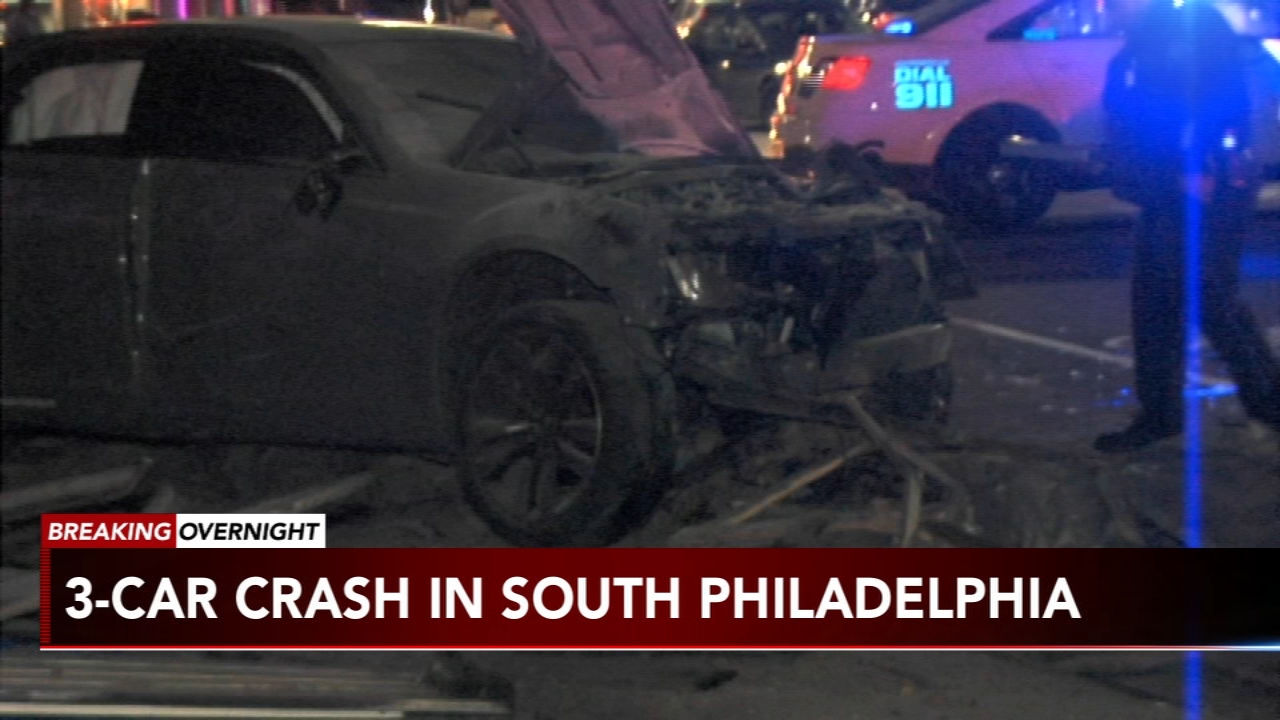