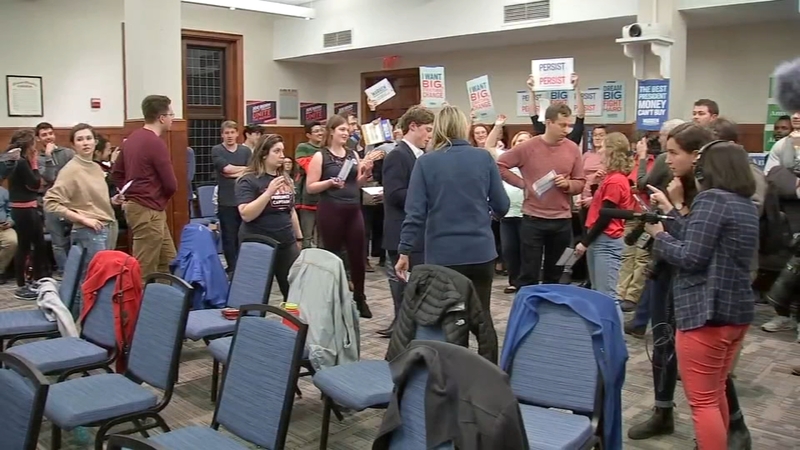 PHILADELPHIA (WPVI) -- Iowa voters packed caucus sites across the state Monday night as Democrats balanced a strong preference for fundamental change with an overwhelming. But what do you do when you're away from home and can't take part in the caucus?

The Democrat Satellite Caucus at the University of Pennsylvania is one of several satellite centers across the country. They essentially serve as absentee balloting for those who could not be in Iowa.

In a campaign that has cost over a billion dollars and dashed the hopes of a number of veteran politicians, we are finally learning who and what these college democrats stand for.

"I plan to vote for Bernie," said Patrick Weiss of Iowa City. "My second being Yang if Bernie is not viable."

"I'm gonna be voting for Amy Klobuchar because she's the best chance of beating Trump this fall which is the most important thing for me," said Christopher Page of Iowa City.

But in the end, the top candidate among these students from Iowa, Bernie Sanders would come out on top.

"It doesn't matter how electable you are if I don't agree with you. What I like is Bernie has an economic plan and a social policy that appeals to me very strongly," said Weiss.