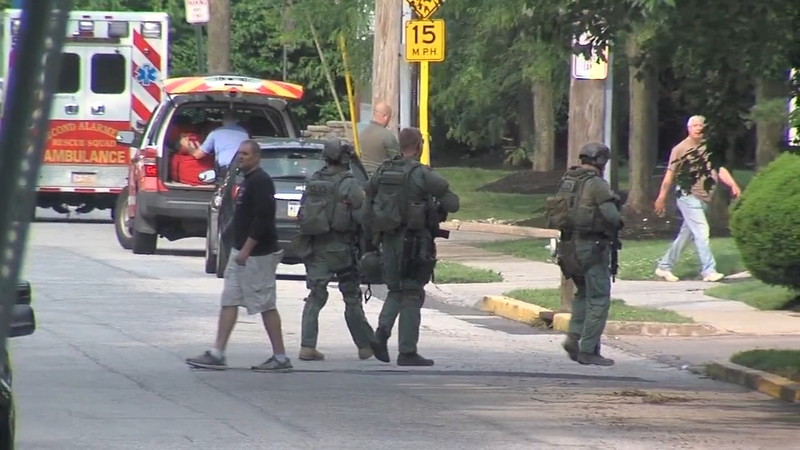 JENKINTOWN, Pa. (WPVI) -- A standoff involving police ended with a man under arrest in Jenkintown, Pa.

Police were called to the Beaver Hill Condos in the100 block of West Avenue around 5 a.m. Saturday.

A man was reportedly in possession of a gun following a domestic assault.
EMBED More News Videos

Officers spoke with the victim before she was taken to the hospital to be treated for injuries she suffered during the dispute.

Police say they tried to make contact with the 37-year-old male resident, but he did not respond.

Chief Albert DiValentino said because of the potential danger, the SWAT team was called and nearby residents were either evacuated or told to shelter in place.

The man was taken into custody by the SWAT team after several hours. He surrendered on his own and was not injured, DiValentino said.

The man's name has not been released. He is being charged with strangulation, aggravated assault, making terroristic threats and other offenses.

The female victim is in stable condition.