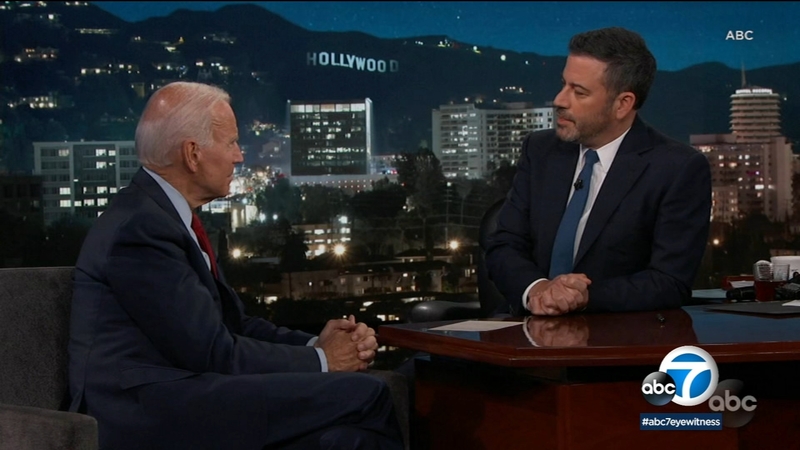 "It's such a blatant abuse of power that I don't think it can stand," Biden told Kimmel, addressing the impeachment inquiry.

Kimmel asked the presidential candidate if Trump's actions were an impeachable offense.

"Based on the material that they acknowledged today, it seems to me it's awful hard to avoid the conclusion that it is an impeachable offense and a violation of constitutional responsibility," Biden responded.

Trump repeatedly prodded Ukrainian president Volodymyr Zelenskiy to work with lawyer Rudy Giuliani and the U.S. attorney general to investigate Biden, according to a rough transcript summarizing a July 25 call that was released.

At one point in the conversation, Trump said, "I would like for you to do us a favor."

The phone call that is now at the center of Democrats' presidential impeachment probe.

"It's a joke. Impeachment, for that?" Trump said during a news conference in New York. He revived the same language he has used for months to deride the now-finished special counsel investigation into election interference, declaring impeachment "a hoax" and the "single greatest witch hunt in American history."