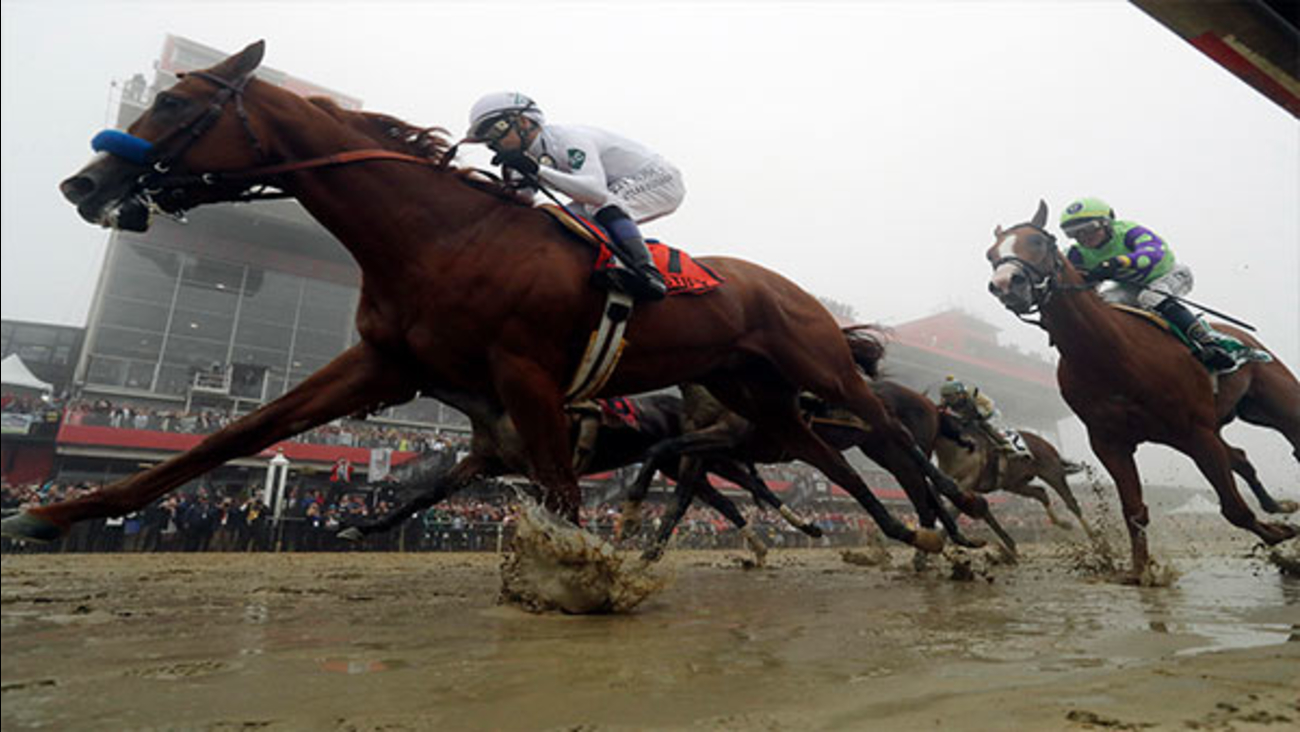 BALTIMORE -- Justify emerged from the fog and sloshed his way to another victory, holding off several hard-charging challengers to win the Preakness on Saturday and keep alive the chance for trainer Bob Baffert's second Triple Crown champion in four years.

On a sloppy track similar to the conditions in the Kentucky Derby, Justify improved to 5-0 and will go to the Belmont Stakes in New York on June 9 looking to do the same thing American Pharoah did for Baffert in 2015. Justify showed no ill effects from a bruised heel on his left hind foot that was discovered in the aftermath of the Derby, an injury Baffert insisted would not be a problem.

Justify and Good Magic went to the lead early and traded first back and forth throughout the 1-3/16-mile race. Bravazo edged long-shot Tenfold for second, and Good Magic was fourth.

"They had their own private match race," Baffert said. "He's just a great horse to handle all that pressure and keep on running."

Justify showed more evidence of being the same kind of super horse as American Pharoah, and Baffert has repeatedly drawn comparisons between them. Three years after American Pharoah won at Pimlico in a driving rainstorm, Mike Smith rode Justify through thick fog that engulfed the racetrack.

Smith won the Preakness for just the second time in 17 tries, 25 years after his first aboard Prairie Bayou.

Justify is the 36th horse to win both the Kentucky Derby and Preakness.