War of words between candidates in race for Pennsylvania AG 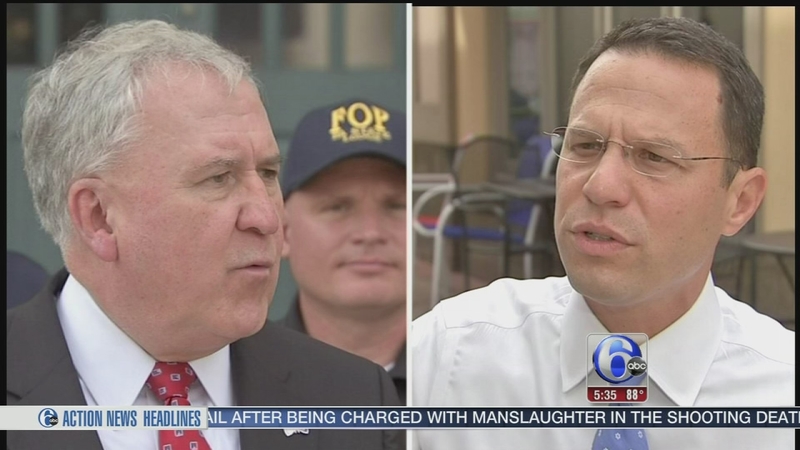 The shadow of ousted Pennsylvania Attorney General Kathleen Kane, who recently resigned after a corruption conviction, hangs over the race for a new AG.

Rafferty worked in the attorney general's office in the late 80s. He's trying to tie Kane's failures around Shapiro's neck, pointing out Shapiro has never been a courtroom prosecutor.

"The Commonwealth of Pennsylvania has suffered for three-and-a-half years under someone with little experience managing that office," said Rafferty, candidate for attorney general.

Shapiro, now a county commissioner, was a veteran Harrisburg lawmaker. By most accounts, he's been a reformer in increasingly Democratic Montgomery County.

"I kicked out the Wall Street money managers in Montgomery County who were costing retirees millions of dollars, issued the first licenses to same-sex couples, balanced the budget and turned Montgomery County around," said Sharpiro, candidate for attorney general.

"My opponent has been a longtime Harrisburg politician, who's been a captain of the far right, been leading the fight against the woman's right to choose," said Sharpiro.

Shapiro has the entire Democratic Party establishment behind him from President Obama to Hillary Clinton to Gov. Wolf. Rafferty has the First Responders Unions and the State Chamber of Commerce as he gleefully returns Shapiro's volleys.

"AG for me stands for attorney general, not aspiring governor. We all know he wants to be governor," said Rafferty.

This race for attorney general, like so many in Pennsylvania this fall, will be impacted by the Clinton-Trump smackdown.