Water back on after Legionnaires' scare at West Chester Univ. 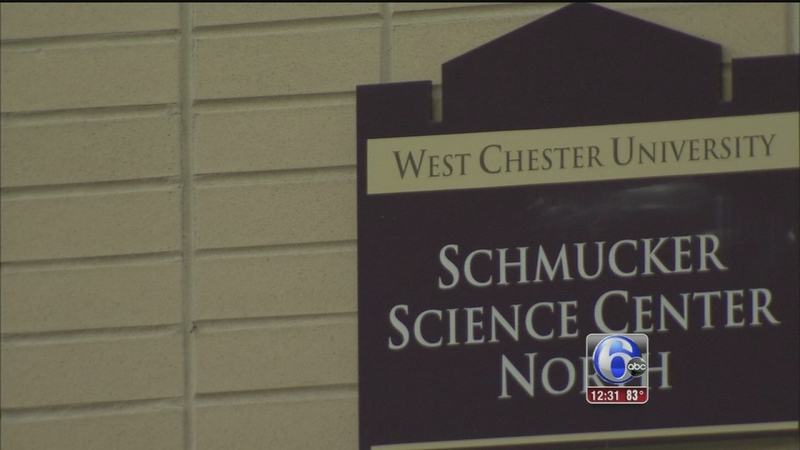 VIDEO: Water back on after Legionnaires scare at West Chester U.

The school has been issuing alerts about the Legionella bacteria since last month, so many students were aware of what was going on.

Remediation efforts followed in cooling towers and re-testing confirmed that treatment was effective.

The university has been engaging in voluntary testing. Last week trace levels of the Legionella bacteria were discovered in the hot water systems of nine buildings. As a precaution the hot water was shut off over the weekend to sanitize the systems and kill the bacteria.

"It was actually nerve-wracking. I wanted to make sure it was clear before we came back," Lakeisha Simpson of West Philadelphia said.

"It's obviously concerning. I'm just glad it's not in the dorms because that's obviously where we're showering and stuff," Jeenal Shah of Phoenix, Arizona said.

An official said that the laboratory that tested the hot water found that the Legionella bacteria in the water is "not cause for immediate concern."

"I trust they'll have the right people on the job. They'll take care of it. They're not going to let this go," Mike Morris of Blue Bell, Pa. said.

Water was turned back on Sunday night. The school has been working with the county health department to provide information to students. They say the presence of the bacteria does not mean you will contract Legionnaires' disease.

Some students say they're confident the university is handling it properly, but still have questions.

"At least they are being proactive and they caught it now. That's kind of crazy because you don't know how long you've been drinking something that's been contaminated by that," Chelsea Schnitzer of Hainesport, New Jersey said.