Lisa Hammell was among those charged in a COVID-19 fraud scheme announced by the Department of Justice on Wednesday.
WPVI
By Maggie Kent and 6abc Digital Staff 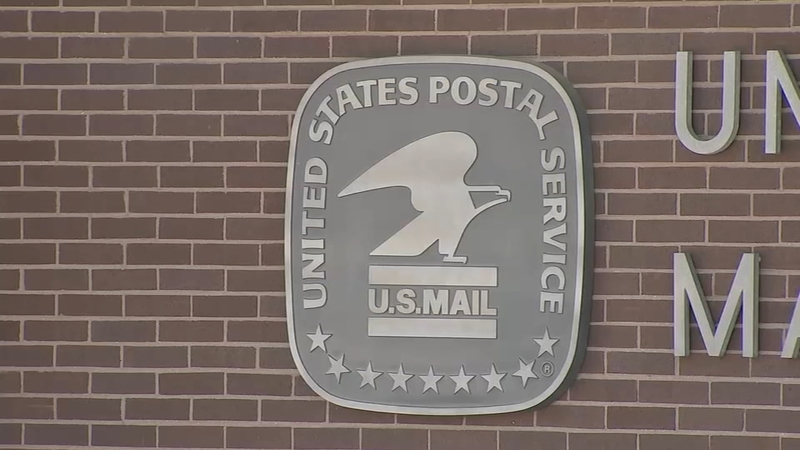 TURNERSVILLE, New Jersey (WPVI) -- A South Jersey postal worker allegedly made thousands of dollars by selling more than 400 fake vaccine cards that she produced and printed at work.

Lisa Hammell, 39, of Turnersville, was among those charged in a COVID-19 fraud scheme announced by the Department of Justice on Wednesday.

Officials tell ABC News the enforcement action includes criminal charges against 21 individuals, including Hammell, for their alleged participation in the schemes.

Investigators say it was Hammell's postings that helped them catch on to her alleged scheme, which they say started in March 2021 as federal vaccine mandates were coming down.

Hammell, who was arrested Tuesday, allegedly messaged an unidentified individual on March 27, 2021, showing off two fake cards she printed at the post office where she worked.

Authorities allege she sold the fake cards by soliciting payments referred to as "donations" from buyers through an electronic payment application. 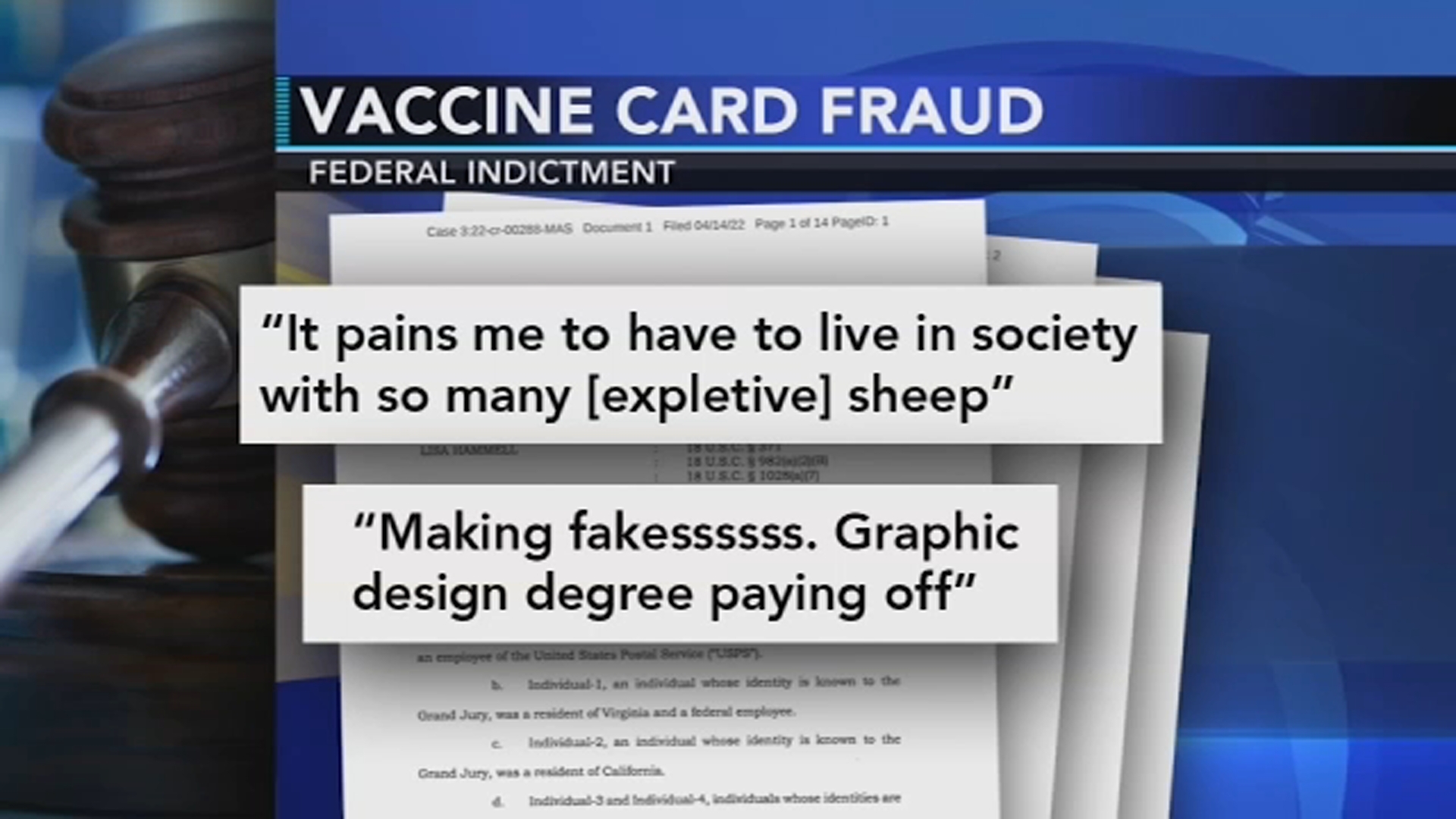 The payments were disguised as "movie tickets" and "dinner & drinks," according to the indictment that was unsealed Wednesday.

On July 27, 2021, Hammell alleged received a private message from a potential buyer: "Good morning, random question . . . can you get me a vaccine card? My mom works for (a hospital) and they are forcing everyone to get the vaccine and she definitely is adamantly against it."

Hammell then reportedly said, "I can as long as no one knows where it came from."

Authorities say Hammel received $100 for that transaction -- it's one of the roughly 400 cards Hammell is accused of producing.

The US Postal Service confirmed that Hammell worked as a customer service supervisor at the Marlton, New Jersey Post Office at the time of the alleged crimes. The USPS says Hammell is still on payroll but does not come in contact with any mail.

Customers at the post office were surprised to hear of her arrest.

"It's a good thing she was caught," said Jamil Bey.

"It's just a new world that we're living in, very odd," added another resident.

A person at Hammell's address shut the door and would not respond to Action News' request for comment.

Others charged in the scheme range from medical business owners and executives to physicians and marketers.

"Today's enforcement action reinforces our commitment to using all available tools to hold accountable medical professionals, corporate executives, and others who have placed greed above care during an unprecedented public health emergency," Assistant Attorney General Kenneth Polite Jr. of the Justice Department's Criminal Division said in a statement.

In another unsealed indictment, investigators allege a Colorado man and unnamed co-conspirators made "hundreds" of fake vaccine records earning "thousands of dollars" from the scheme, selling fraudulent cards to "hundreds of individuals in at least a dozen states," according to the indictment.

The man, Robert Van Camp, allegedly sold cards to at least four undercover law enforcement officers for between $120 and $175 per card, and claimed that he had sold fake cards to three unnamed Olympians and their coach.

"I've got people that are going to the Olympics in Tokyo, three Olympians and their coach in Tokyo, Amsterdam, Hawaii, Costa Rica, Honduras," Van Camp told an undercover agent, according to the indictment.

Van Camp took care to customize the cards, according to a criminal affidavit, asking one undercover agent if they preferred any particular dates for when they purportedly got their shots -- explaining if they were flying soon, airlines preferred the second dose to be administered at least a couple weeks before the flight. He allegedly asked if any of the individuals getting the fake cards were married, offering to make a partner's card "look different from one another, so that the cards would not look like they came off an assembly line when they travelled together," the filing said.

"My cards are f---ing worldwide," Van Camp told one undercover agent, according to the affidavit. "I mean, these things are gold."

As of Wednesday morning, Van Camp has not entered a plea or retained an attorney in his case.

Criminal COVID-19 schemes have been an ongoing and thorny issue for the government to pursue, with the pandemic creating an avenue for fraudsters to supercharge their schemes. So far, the Justice Department has filed criminal charges against more than 1,000 defendants, opening more than 240 civil investigations into more than 1,800 individuals and entities, "together involving billions of dollars in suspected fraud," OMB deputy director for management Jason Miller estimated in March.

But officials note that the current figures likely reflect only a fraction of the funds that experts believe may have been defrauded over the pandemic's two-plus years.

The ultimate amount of COVID-19 fraud will be "very large," Justice Department Inspector General and Chair of the Pandemic Response Accountability Committee Michael Horowitz testified before the Senate Committee on Homeland Security and Governmental Affairs in March, adding that agencies would jointly use "all of our tools -- criminal, civil administrative suspension and debarment, forfeiture, to try and recover the funds that have been stolen."

"We're doing that and we're making every effort," Horowitz said.