Donovan Hollingsworth has been charged with first-degree murder and two counts of possession of a weapon for an unlawful purpose.
WPVI
By Katie Katro and 6abc Digital Staff 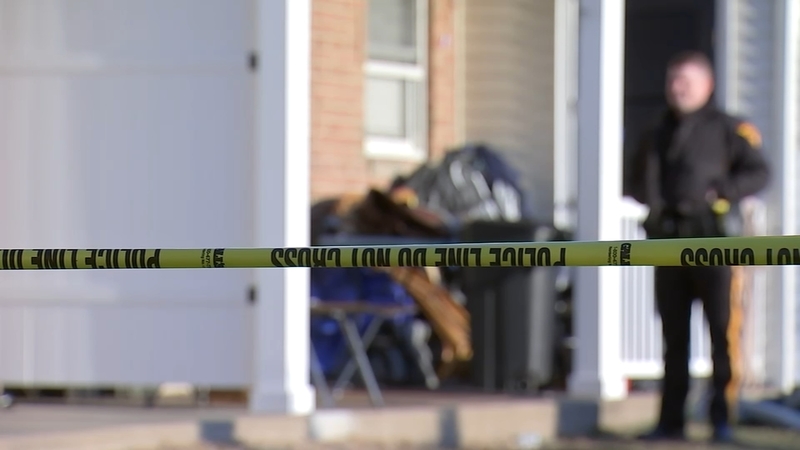 The incident happened at the victim's residence at the Olympus Apartment Homes in Evesham Township.

Investigators were called Saturday just after 9 a.m. for reports of a possible dog attack on a resident of the complex.

Signs of a struggle were visible around the apartment, officials say.

The victim was later identified as 26-year-old Thomas Pierson III, who was located with multiple stab wounds.

The victim's dog, a King Corso named Django, was also found deceased with stab wounds on a stairwell landing.

Hollingsworth has been charged with first-degree murder and two counts of possession of a weapon for an unlawful purpose.

He is in custody in the Burlington County Jail, pending a detention hearing to be held at a later date.

The investigation alleges that Hollingsworth and Pierson, who knew each other, got into an altercation in the apartment, leading to Hollingsworth stabbing Pierson and Django.

Hollingsworth left the scene and was taken into custody by police at a nearby hospital, where Hollingsworth went for minor injuries from the altercation around noon.

An autopsy on Pierson is expected to be performed Monday by the Burlington County Medical Examiner's Office.