WPVI
A judge has just found a man guilty of a cold case murder in Bucks County.

56-year-old George Shaw of Geneva, Florida has been convicted of third degree murder and other charges.

He now faces a maximum of 27 years behind bars for raping and murdering 14-year-old Barbara Rowan back in 1984 in his apartment on Old Lincoln Highway.

A sentencing date has not yet been set. 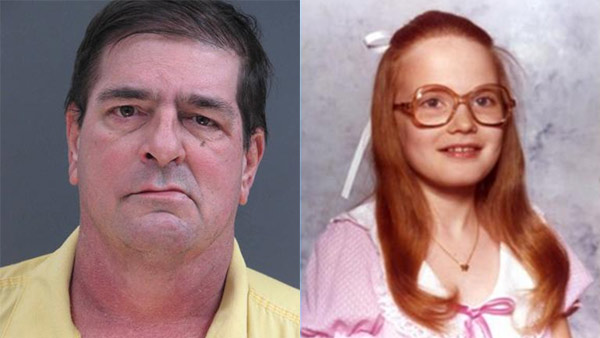 Officials say Sanders told police that he saw a girl fitting Rowan's description walk into the bedroom with Shaw, who closed the door behind them. Shortly after, Sanders heard banging noises coming from the bedroom, prosecutors say.

During the alleged assault, authorities say Rowan's father came to the apartment door and asked loudly where his daughter was. When Sanders said he didn't know, the man became upset and threatened to call police, court documents state.