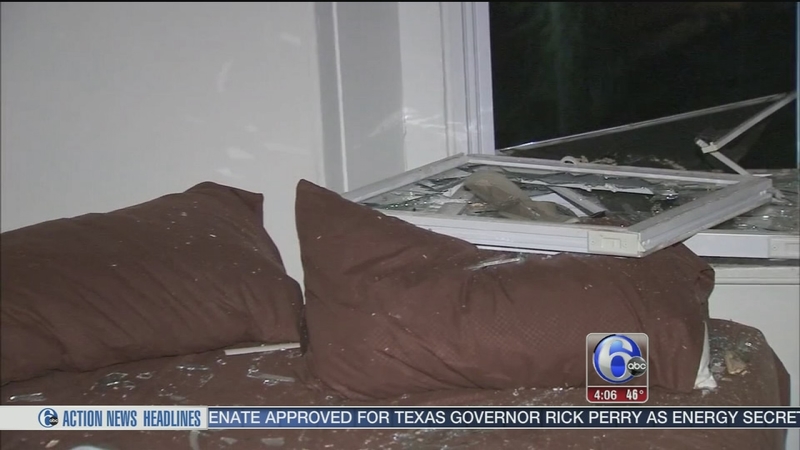 Strong winds cause damage across area

In Center City Thursday afternoon, flags were blowing in breeze, hair whipped around in the wind.

Taking a walk with the dog was no walk in the park.

"I just moved from Boston and I just talked to my Boston office and they said it was windy up there too so I guess it's the whole east coast," Ann Rossi of Center City said.

High winds fanned the flames of a fire that broke out in Lower Moreland in the early morning.

Chuck McDade and his family, including grandchildren, were forced to evacuate.

"What we heard was a popping nose in the back of the house," McDade said.

The West Trenton Line was suspended for about an hour because of the fire. Luckily, neighboring homes were spared.

"We're about 60 feet from the fence line and the property so I knew the house was OK, but everything else took the fence down," McDade said.

This is where Clifton Heights man was sleeping when debris from falling tree crashed thru window.Has cuts but is ok. pic.twitter.com/NCiti011oJ

Early in the morning, the wind took down a tree sending it right into the bedroom and onto the bed where Tom Foley was sleeping.

"The tree came over the top of the house and then whipped over and came through the window where I was lying," Foley said.

Foley was treated on the scene for cuts to the head and body. Foley was in shock but otherwise OK.

"It was pretty scary," Foley said.

Tom's wife fell asleep on the downstairs sofa so she was spared.

There were no other reports of wind damage around the region.