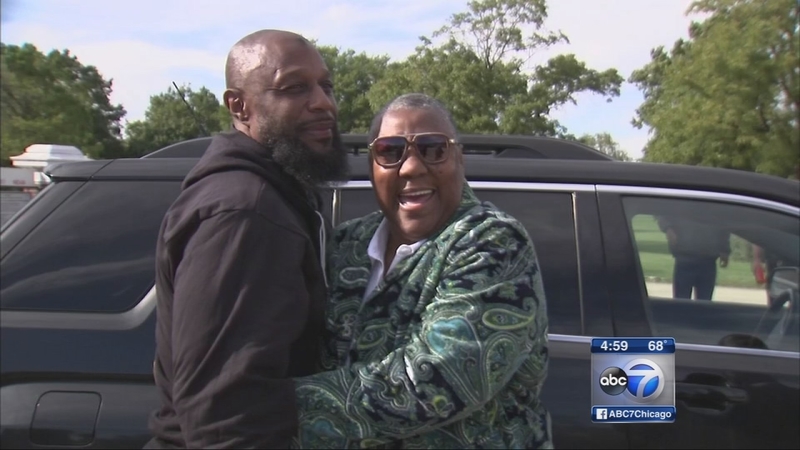 CHICAGO -- A 55-year-old Chicago man walked out of prison Tuesday afternoon after a judge vacated his conviction in the 1992 killing of a 6-year-old boy.

Mark Maxson was freed based on new DNA evidence which shows he did not kill Linsdey Murdock.

Maxson was smiling and elated as he walked out of the Stateville Correctional Center near Joliet where he has spent over 20 years of his life. He was released hours after a Cook County judge threw out his conviction.

"I wasn't going to give up on him. And I did what I could," said his mother, Almeater Maxson.

Maxson was sentenced to life in prison in the 1992 slaying of Murdock, a first grader. Investigators focused on Maxson after he told a TV reporter he'd bought chips for the child and told him to go home. Murdock was found dead the next day in an abandoned garage near West 107th Place and South State Street.

In a statement, a spokesperson for Cook County State's Attorney Anita Alvarez said in part, "After an exhaustive re-investigation, the conviction of Mr. Maxson canot stand. A criminal investigation into the 1992 murder of 6-year-old Lindsey Murdock remains ongoing."

"This case stunk right from the get-go. The judge said the same thing," said his attorney Elliot Zinger.

No physical evidence linked Maxson to the crime. Maxson has always maintained his innocence, despite his confession, which his attorneys said was coerced by detectives working for the infamous Chicago police commander John Burge.

"He succumbed to the psychological torture," his attorney said.

Maxson is the 15th person to have his conviction vacated since the State's Attorney Conviction Integrity Unit was formed in 2012.

"I tell the brothers, to stay focused and stay strong. Validate yourself on the facts of your case," Maxson said.