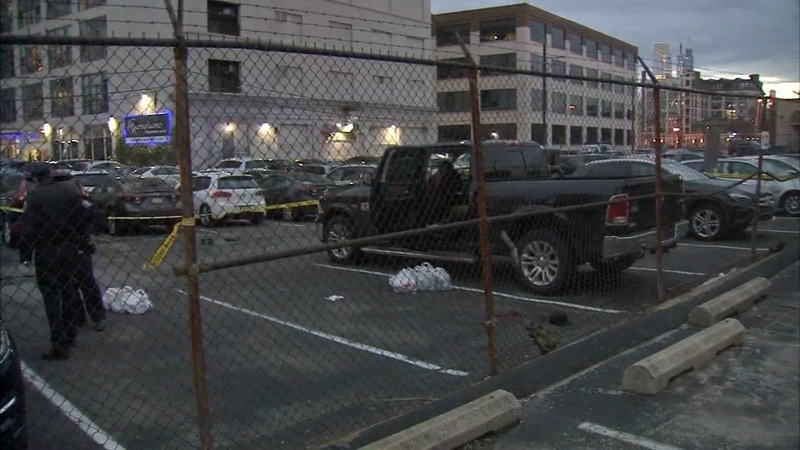 It happened along the 400 block of North 4th Street just after 7 p.m. Monday.

Police said a 43-year-old man was getting groceries from the back of his pickup truck in the parking lot of the 444 Lofts when he was approached by the suspect.

According to investigators, shots were fired at point-blank range in an execution-style shooting. They said they believe the shooter was lying in wait and that it does not appear to be a robbery.

The victim was shot in the back of the head and left armpit.

Medics transported the man to Hahnemann University Hospital in critical condition. He was pronounced dead at 2 a.m.

The man who fired the gun was said to be wearing a dark-colored hooded sweatshirt and possibly jeans at the time of the incident. Police said he is thin to medium build.

Investigators said the shooter ran from the scene but was then picked up by someone driving a white sedan with a sunroof that subsequently drove down 4th Street toward Callowhill.

There is no word on a motive at this time.