Man shot while standing with wife at bus stop in Frankford 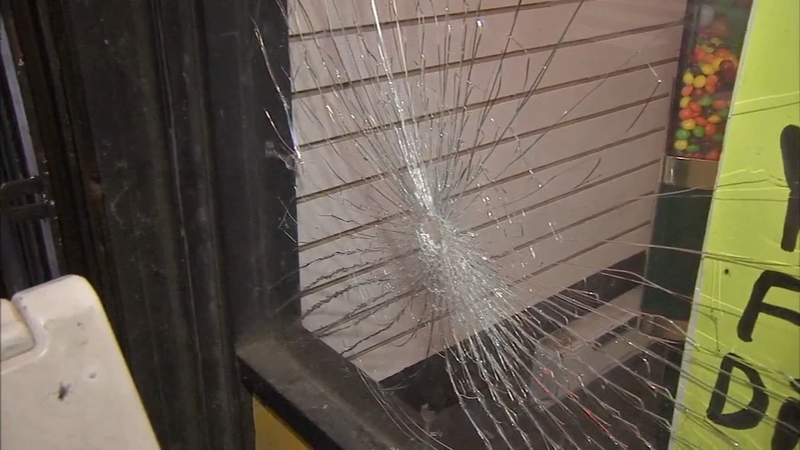 Man shot while standing with wife at bus stop in Frankford

FRANKFORD (WPVI) -- A 31-year-old man was shot multiple times while standing at a bus stop with his wife in the Frankford section of Philadelphia, police say.

The shooting happened around 9 p.m. Sunday under the El on Frankford Avenue near Margret Street.

Police say the victim and his wife were standing at the bus stop when they were approached by the suspect.

The suspect and the victim exchanged words, police say. The argument escalated and the suspect shot the victim multiple times.

Officers located the victim lying in the street. He was taken to Temple University Hospital in critical condition.

Some nearby storefronts including a daycare are equipped with bulletproof glass, which some say is an unfortunate reality.

"It's sad that that's the case, but it is. When you got a daycare center so close, right next door, and a transit line right here, a lot of people around, you never know who can get hit by a stray bullet," Mannwell Glenn, who works near the scene, said.

It's not clear if the suspect and victim knew each other.
------
Send a News Tip to Action News
Learn More About 6abc Apps
Report a correction or typo
Related topics:
philly newsshooting
Copyright © 2021 WPVI-TV. All Rights Reserved.
More Videos
From CNN Newsource affiliates
TOP STORIES