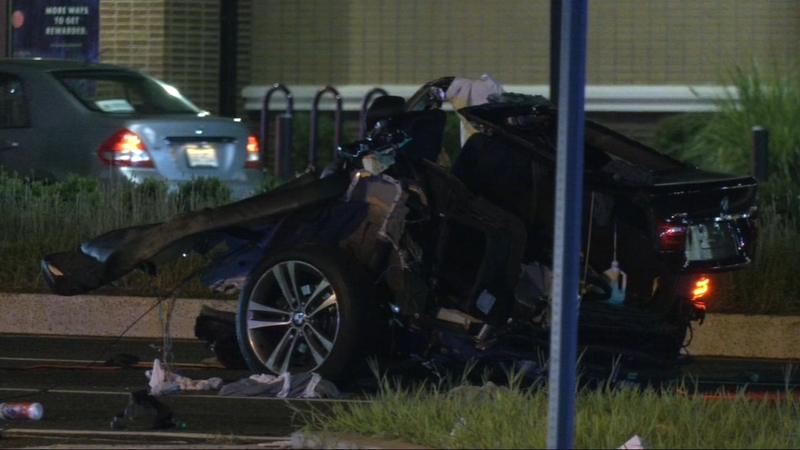 Car split into two, driver able to walk away

MAPLE SHADE, New Jersey (WPVI) -- The driver of a vehicle that split in half was somehow able to walk away with just minor injuries in Maple Shade, New Jersey.

It happened just after 12:30 a.m. Thursday at the intersection of Route 38 and Lenola Road.

Police now say the driver was the only one in the car at the time. Originally, it was reported that there was a passenger in the vehicle, too.

The impact severed the car in half and brought down power lines.

The driver was taken to the hospital for non-life-threatening injuries.