When deputies asked him how he was able to take control, the man said, "The Marine Corps taught me not to [mess] around."
WPVI 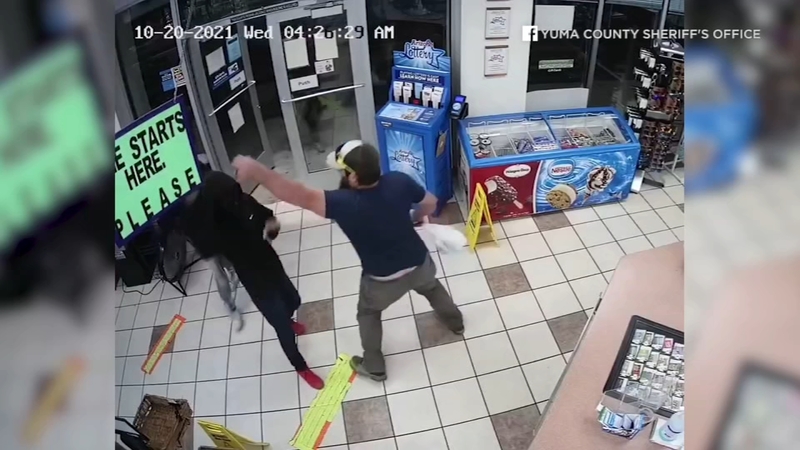 YUMA, Az. -- A Marine veteran took matters into his own hands when he disarmed a robber at a gas station in Arizona.

Dramatic surveillance video released by the Yuma County Sheriff's Department shows the man standing inside the store near the checkout counter when two masked robbers come through the entrance behind him.

One of the suspects was armed and came in close contact with the man. The video then shows the man instantly disarm the suspect, knocking him to the ground.

The sheriff's office said the veteran helped detain him until deputies arrived to the scene. Two other suspects got away and remain on the run.

When deputies asked the customer how he was able to take control of the situation, investigators said he responded saying, "The Marine Corps taught me not to [mess] around."