Marriott gives guest's luggage worth over $8K to alleged thief, only required to pay $500 in damages 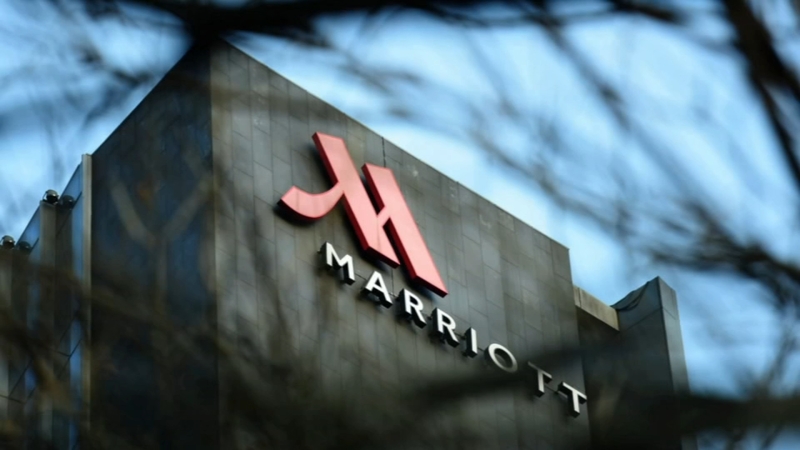 SAN FRANCISCO -- The investigative team at our sister station KGO is looking into what attorneys argue is a loophole in the law that allows hotels across California to avoid paying actual damages to guests.

Imagine you booked a hotel, but the hotel accidentally gave all your stuff away to an alleged criminal without checking for any valid ID. It happened in San Francisco to Bob Sabouni.

According to the court judgment, Sabouni lost $8,390.88 of his belongings. He sued the San Francisco Marriott Marquis and won. In a surprise move, Marriott successfully appealed the case. But, the state superior court judge overseeing the case ruled that it was done so unfairly.

Here's how it happened.

What was supposed to be a post-lockdown summer getaway to San Francisco turned into a legal nightmare for Bob Sabouni.

In June 2021, Sabouni and his friends checked into the San Francisco Marriott Marquis before heading to a Giants game. Sabouni said his room wasn't ready, so the hotel offered to hold his bags.

"Then we went onto the game and we had a great time. Giants won!" Sabouni said.

Later that night, Sabouni came back to a big loss.

We're getting a firsthand look at a fencing operation for stolen goods, showing what happens after all car break-ins we've seen across the Bay Area.

"Everyone's stuff was there, except mine," he said.

Sabouni said his luggage -- which included a Briggs & Riley rollaway bag, a Tumi leather backpack, an iPad Pro, a MacBook Pro, a 4TB hard drive with his social security number and seven years of tax documents -- was nowhere to be found.

"The next morning I spoke to the manager who said they were looking into it and found out they had given my stuff to somebody else," Sabouni said.

According to the court judgment, hotel surveillance footage shows a man walking into the Marriott later that afternoon, claiming he checked his bag but lost his claim check.

"Remarkably, the Marriott let the guy walk into the back room. He pointed at my bags and said those are mine ... The guy said, 'Is there any way you can prove it? Do you have tickets? Do you have ID?' And the guy said, 'I have none of that,' but just mentioned there's a computer in that bag." Sabouni said.

"Sure enough, there was, and they just handed my stuff over," he added.

Sabouni said in the weeks that followed, the hotel was unwilling to compensate him for his losses unless he provided receipts for every item. Frustrated with the process, Sabouni later sued Marriott in small claims court and won.

The story, however, doesn't end there.

Marriott then appealed the case on the grounds of a law enacted in 1872 -- also known as the Inn Keeper's statute -- that limits a hotel's liability for guests' belongings to $1,000. Marriott won the appeal, but not fairly, according to San Francisco Superior Court Judge Jeffrey Ross. He wrote:

"This is one of the rare instances where the law does not allow the court to achieve the equitable result."

According to the court judgment, Ross highlighted the fact the law is outdated, saying in part this statute "has not been revised to accord with the current value of luggage, clothing, and most notably computer equipment and its data."

"Prices have gone up enormously since this law was first enacted," said Jim Wilcox, an economics professor at UC Berkeley's School of Business.

"Compared to when the law was first enacted, $1,000 then would be the equivalent, in real purchasing power terms, [to] a ceiling of about $25,000," Wilcox said.

Ross wrote in the court judgment: "One might expect Marriott to recognize the aberration and in the interest of customer relations, to pay the judgment. Instead, Marriott appealed."

KGO reached out to the Marriott for an on-camera interview, but hotel management declined to speak or comment.

Sabouni valued his stolen items to be worth nearly $8,400. But according to Marriott's trial brief, the hotel was only legally liable for $500, due to this statute.

"It needs to modernize with the times. While the physical computer might be worth 'x' dollars, what's on there is worth a lot more," said Relani Belous, founder of the Belous Law Firm. "You have an industry that has a get-out-of-jail-free card."

The Inn Keeper's Statute hasn't been amended in 42 years, leaving consumers like Sabouni paying the price.

"For me, it's a matter of holding them accountable for the safety of customers and not giving them this shield," Sabouni said.

After the appeal, the court ordered Marriott to pay Sabouni $1,553 for a mistake made by its own staff. Meanwhile, Sabouni told KGO that accounting for his losses, he's spent well over $10,000 trying to fight this case.

The question now: Is it time for the law to change?