"I just did what I had to do to be here," the store owner tells Action News.
WPVI 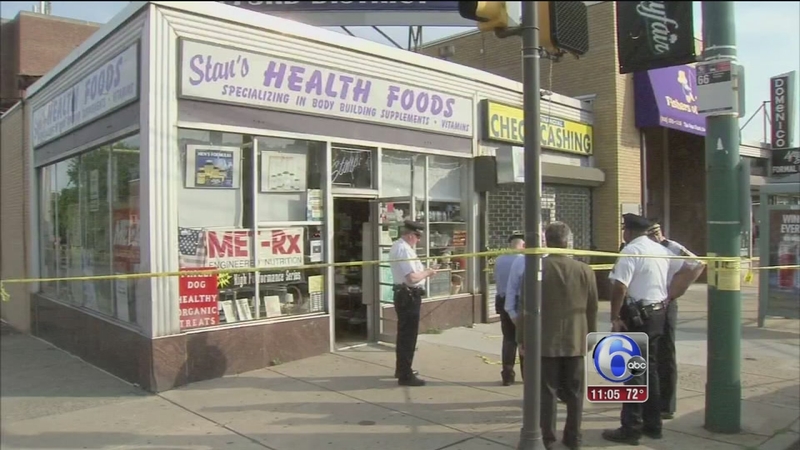 MAYFAIR (WPVI) -- Philadelphia police have identified the robber shot and killed by a store owner in Mayfair on Monday.

Doyle, 46, was being hugged by relatives late Monday night, relieved that she was unharmed after her harrowing ordeal.

Police say it was just after 5:00 p.m. that the Batty walked into the Stan's Health Food store in the 7100 block of Frankford Avenue.

Moments later, he pulled the knife on the store owner and announced a holdup.

Police say once he had the money in his hands, he pointed the knife against Doyle's chest.

Doyle, according to police, then pulled out her gun and shot the suspect once in his chest.

"When police got here to transport him to the hospital, he still had a $100 clutched in his left hand," Small said.

He was taken to Aria Health Torresdale where he was pronounced dead just before 6:30 p.m.

Doyle was not injured.

"She called real quick, she said she's fine. She was very calm. We were the ones that were freaking out," Doyle's sister Christine Cutter said.

Doyle's relatives say she once was an officer for the Philadelphia Police Department, as well as for Lower Makefield and Warminster before joining the U.S. Secret Service.

She decided to open up her own business after getting one too many calls in the middle of the night.

Late Monday night, Doyle spoke briefly about her ordeal after closing up her shop.

As for her law enforcement training helping her?

Doyle says she will be open for business Tuesday and hopes her customers will stop by.

Meanwhile, police say Batty is well known to law enforcement; he has a long rap sheet and was recently released from prison.