At just 35, Lisa Orndorf is not only a young mayor, she is also making history as the city's first female mayor.
WPVI
By TaRhonda Thomas 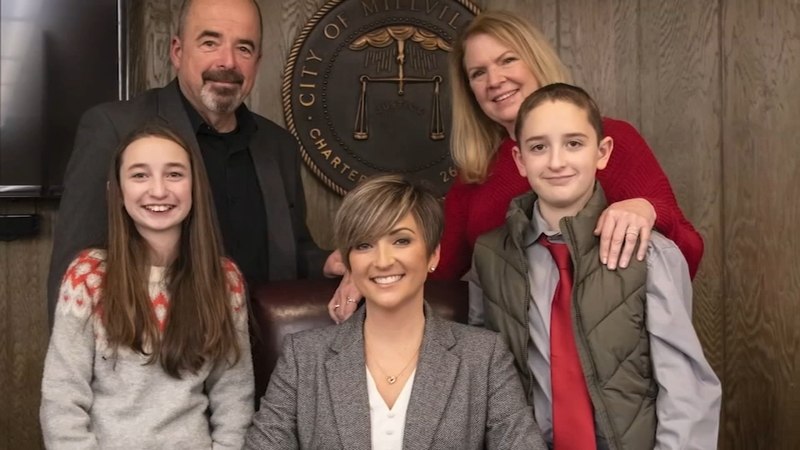 MILLVILLE, New Jersey (WPVI) -- It's been less than a month on the job for one of New Jersey's newest politicians. By winning the race she sealed her place in history.

Inside Millville's City Hall, Lisa Orndorf is already working hard on her position as the city's first female mayor.

"This wasn't something I was like, 'Oh, check off, I'm going to be the mayor of Millville.' But, I did it. And If I can do it, anybody else can do it," she said.

Growing up in the city of 30,000, she never thought about politics until she noticed that some things just weren't right.

"I found out through different boards that things weren't being done or looked at properly," she said.

So she turned to a popular source for information.

"I said 'Hey Siri, how do you become a city commissioner?'"

Her campaign got her the most votes which, in Millville, makes you more than a commissioner, it made Orndorf the mayor.

At just 35 years old she is not only a young mayor, she is also a history-making mayor as the city's first female mayor in its 155-year history.

"She's a go-getter and she's gonna get this job done. And it's long overdue in the city of Millville," said her assistant William Davis.

As if running a town weren't enough, she also has a full-time job in customer service for a remodeling company.

"I handle any phone call that comes into the business from across the country," she said.

But that's not even her real job.

A single mom to 11-year-old Brennan and 13-year-old Bridget who are still stingy with the cool points even for their mayor mom. But they are proud of all their mom has done holding the family together through some pretty tough times.

"Bridget was born with a congenital heart defect," she said.

Orndorf saw her daughter through three open-heart surgeries. Bridget was there as her mom was sworn in adding to an already-full plate.

Yes, the mayor is also a soccer mom and a licensed cosmetologist.

"I joke and say I'm a Jackie of all trades," she said.

And, now, a mayor for all people.

Setting goals and setting the tone for other women like her to chase their dreams.

"If there's something you want to do, don't let anybody hold you back. You're the only one holding yourself back," she said.