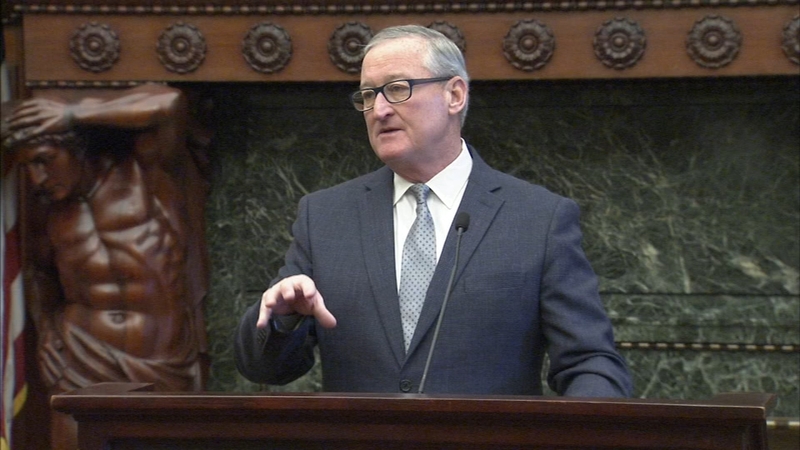 PHILADELPHIA (WPVI) -- Just hours before a 10-year-old was shot walking home from school, Philadelphia Mayor Jim Kenney laid out his plan Wednesday to combat the growing gun violence in the city.

He wants stronger gun laws at the state and federal level.

The strategy involves targeted outreach to high-rate offenders and drug dealers including offering incentives for compliance and swift consequences for criminal activity.

The city is also obtaining additional funding for rapid response outreach teams to go into neighborhoods in the aftermath of violence to provide trauma support and neighborhood improvements.

Kenney said these steps are necessary because of a lack of meaningful gun restrictions to stop the flow of guns into the city.

The new measures are slated to begin in the Spring in West Philadelphia.

As of midnight Tuesday night, the city recorded murder number 301.