ITA 101 restaurant part of renaissance for Main Street in Medford 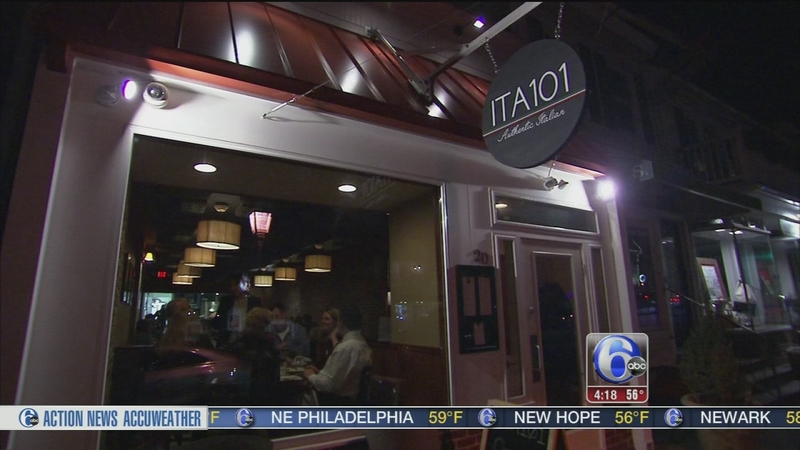 MEDFORD, N.J. (WPVI) -- At first glance, it looks like Main Street USA - quaint and well manicured with a specialty row of shops and eateries that seem almost curated. But this wasn't always the case for Medford.

Tucked away in an historic corner of Burlington County - this Main Street is undergoing a renaissance.

He's now one of the standouts at a brand new restaurant called ITA101.

The Medford native spent 14 years in Italy eating, sleeping, and breathing the culture.

"So everything he learned in Italy he's bringing back to Medford," said restaurant general manager, Paola Balsamo.

The restaurant's name is also its mission, teaching people about cuisine from all over Italy.

Each weekend, ITA 101 features a special menu highlighting a different region of Italy. You can come every week and learn something different and feel like you went to Italy without even getting on a plane.

And Maher says he's even more proud because he's living his dream in his hometown.

"It's a shame that it was going downhill. It's actually a blessing that we came in, because everything was here," he said.

And if his co-owner, Tony Sparacio, looks familiar, he owns a few restaurants around town.

Sparacio is from Sicily, but he's been in Medford for 40 years.

He first hired Maher at his Riviera Pizza restaurant, bringing him in on Monday nights as special guest chef which was wildly popular.

Today, the two are part of a new venture at the heart of Main Street, with a pulse that's beating stronger than ever

For many years, people thought 'Oh, this place is jinxed.' A lot of places have come in and out. I don't believe in that," said Sparacio.

And ITA 101 is just one of many amazing little gems there on Main Street in Medford.

The best part is, the businesses support each other. ITA serves coffee and espresso roasted just around the corner at another hot spot, Harvest Coffee.