Megan Thee Stallion spoke out on the need to protect Black women in an op-ed as rapper Tory Lanez had his first court hearing on felony charges alleging he shot her.
WPVI
By Anabel Munoz 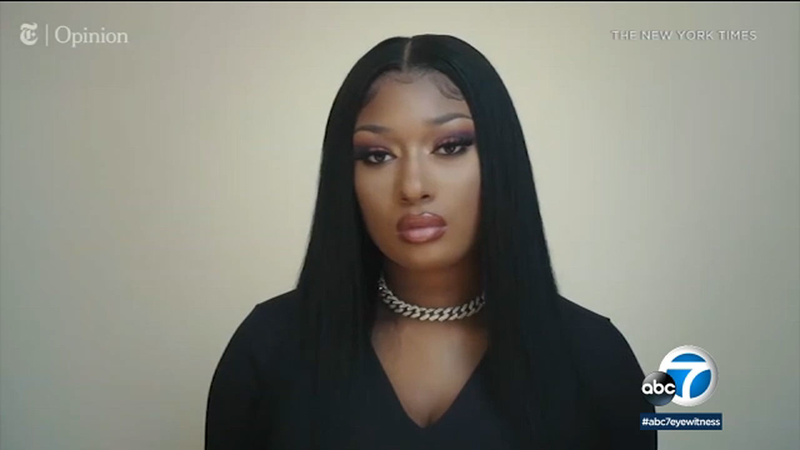 LOS ANGELES -- Hip-hop star Megan Thee Stallion spoke out on the need to protect Black women in an op-ed published Tuesday as rapper Tory Lanez had his first court hearing on felony charges alleging he shot her.

"I was recently the victim of an act of violence by a man," she wrote in the New York Times, without naming Lanez. The op-ed was published shortly before a judge released him on bail and ordered him to stay away from her.

"After a party, I was shot twice as I walked away from him," she wrote about the attacker. "We were not in a relationship. Truthfully, I was shocked that I ended up in that place."

The Houston native wrote in the op-ed titled, "Why I Speak Up For Black Women," that she was met with skepticism and judgment after sharing she was a victim of violence by a man.

Rap artist Tory Lanez has been charged with shooting Megan Thee Stallion at a party in the Hollywood Hills in July, officials said Thursday.

She wrote that black women "are seen as angry or threatening when we try to stand up for ourselves and our sisters."

Candice Benbow, a writer and theologian, wrote an article in Essence titled "Dear Megan Thee Stallion: Black Women Are Standing With You."

"It happens to a lot us who have been victims of all forms of trauma, is that we become silent because what happens when we are vocal about our pain is we get backlash," Benbow said.

"She did not just highlight and isolate her experience, but she placed it within the trajectory of experiences that Black women have faced for generations," Benbow added.

Meanwhile, Lanez, whose real name is Daystar Peterson, had his first court appearance by phone, accused of shooting Megan Thee Stallion. He did not enter a plea and was ordered not to contact her.