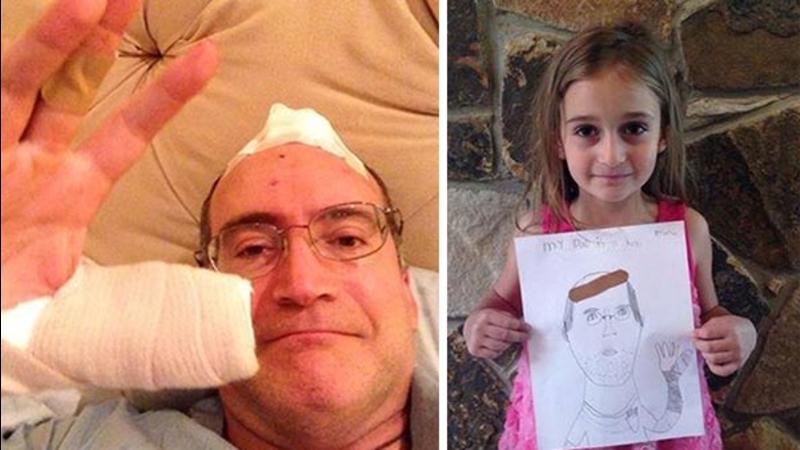 DARBY, Pa. (WPVI) -- The doctor who was wounded during a shootout inside Mercy Fitzgerald Hospital last week is sharing photos of his recovery.

On his Facebook page, Dr. Lee Silverman post a photo of himself with bandages on his head and hand.

Meanwhile, another photo shows his daughter holding a picture she drew of her father, showing him with his bandages.

Silverman was wounded and a caseworker, 53-year-old Theresa Hunt of Philadelphia, was killed during that shooting.

Silverman, who was legally carrying a gun, returned fire after Plotts shot and killed Hunt, the Delaware County DA says, and was credited by the DA with saving more lives.

Whelan says two guns and a computer were seized from Plotts' home in Clifton Heights this weekend.

Police say Plotts went to his appointment intending to kill Dr. Silverman, his psychiatrist. They said Plotts was angry because the hospital posted a sign declaring the building a 'gun-free zone.'

Whelan said Plotts was agitated and refused to sit down next to Hunt, his social worker.

Plotts pulled a gun from his waistband, Whelan said, and shot Hunt point-blank in the head, killing her instantly.

Dr. Silverman crouched behind a chair, pulled a gun from his pocket, and fired six shots. He hit Plotts twice in the chest and once in the arm.

Another doctor and another caseworker, who heard the shots, came running to help.

"After he heard the shots fired, this caseworker then went back into the room and engaged in a wrestling match with Mr. Plotts," Whelan said.

Photos of the crime scene, obtained exclusively by Action News, show a window shattered by the bullets.

There are also pictures of the blood-splattered office, including bloody hand prints on the carpet left by Plotts as he tried to crawl away before he was subdued.

Plotts had a long history of mental health issues and arrests for a bank robbery, gun charges and drugs. Investigators don't know where he got the gun he used on Thursday.

"He was always very controlling and very violent. He was physically abusive, mentally abusive, and I just never thought, the many times he was in and out of jail, he had changed from any of that. I'm not surprised," she said.

Dr. Silverman's gun was legally registered and he had a permit to carry.

Plotts had been seeing Dr. Silverman off-and-on for the past 20 years and there were no specific threats before Thursday's outburst.

In a statement issued Friday, Mercy Fitzgerald Hospital said: "We are thankful for the swift action of Dr. Lee Silverman, Dr. Jeffrey Dekret, John D'Alonzo and the other colleagues and visitors who took brave and difficult action during yesterday's tragic event. We extend our condolences to Theresa Hunt's family, and we are praying for Dr. Silverman's speedy recovery. We look forward to Dr. Silverman's return to serving patients at our hospital. We will do all we can to support the victims during this difficult time." 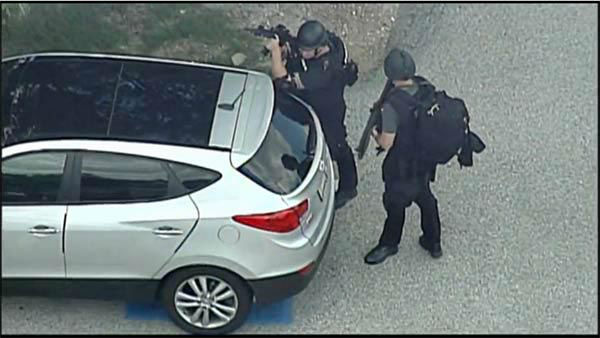