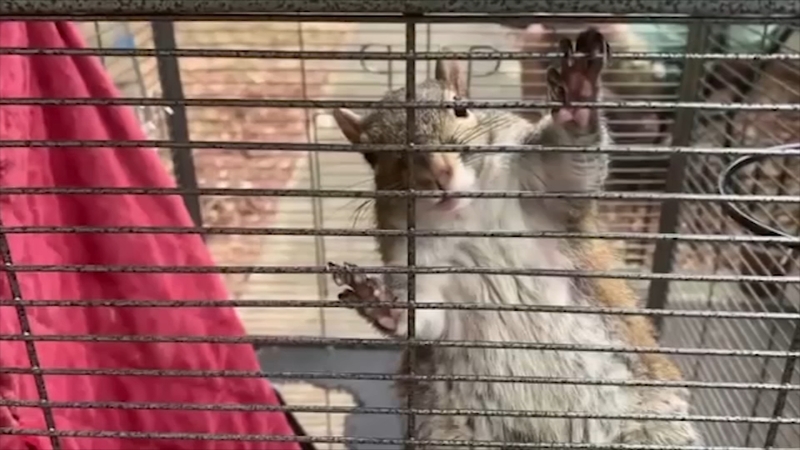 LIMESTONE COUNTY, Alabama -- An "attack squirrel" was rescued when deputies seized methamphetamine, ammunition and more at a north Alabama home during a drug bust on Monday, authorities said.

Deputies say Ronnie Reynolds, 37, was arrested during the search. Mickey Paulk, 35, is wanted by investigators after he allegedly fed a squirrel meth to keep it aggressive.

Investigators said they searched the apartment after they received tips about an "attack squirrel" being fed meth to keep it aggressive. They found meth, drug paraphernalia, body armor, ammunition, and the squirrel in a cage.

Deputies stated they were unable to safely test the squirrel for meth.

Upon advice of state conservation officials, deputies released the squirrel into a nearby wooded area.

A few of our Deputies have been closely following the "Attack Squirrel" story in Limestone County. #attacksquirrel pic.twitter.com/Zj1VCXZLCm

Reynolds was charged with possession of a controlled substance, possession of drug paraphernalia, and loitering at a known drug house. He was released on $4,000 bond.

Officers have an incredible run in with squirrel who was stealing Christmas cookies.