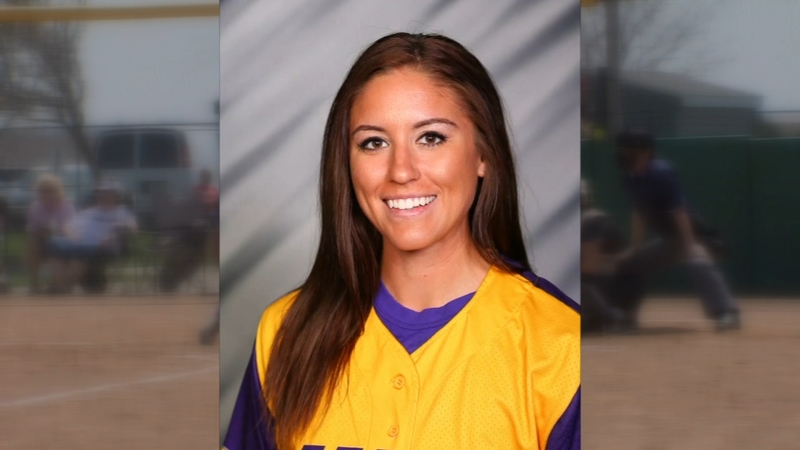 WATERLOO, Iowa -- There's no indication a woman fatally shot while driving over a highway bridge in northeast Iowa was targeted, police said Tuesday as they sought surveillance or trail camera video that could show whether someone was hunting nearby.

Micalla Alexis Rettinger was shot about 2:30 a.m. Sunday as she drove over a wooded area along the Cedar River in Waterloo. The shot shattered the driver's side window of her Jeep and hit her neck, then hit one of her two passengers.

The 25-year-old former University of Northern Iowa softball player pulled over along U.S. Highway 218 and died. The injured passenger was taken to a hospital.

"I am devastated," said head softball coach Ryan Jacobs. "(Rettinger) was a pretty special kid to us."

Her father, Steven Rittinger, told The Des Moines Register that the world "lost a good-hearted person." He said she graduated in 2016 with a degree in biology and wanted to become a dentist.

A ground search of the area near where she was shot turned up little to help investigators, said Maj. Joe Leibold with the Waterloo Police Department. But tips from the public are still arriving and being followed, Leibold said.

Police were hoping there might be video that could show if someone was hunting near the river.

Investigators also are trying to learn whether a portion of the bullet that struck Rettinger came from a rifle or handgun. That determination could help investigators figure out the distance from the firearm to the highway bridge where Rettinger was struck, Leibold said.