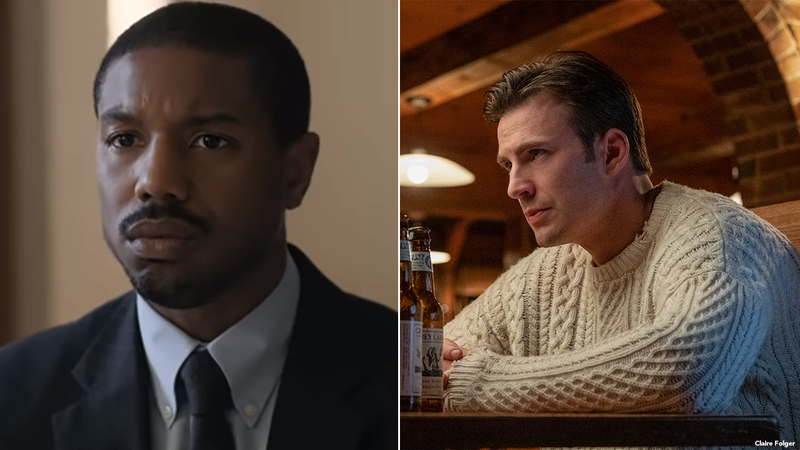 And 6abc has the exclusive first look at the lineup including the much-anticipated Opening Night and Closing Night films.

The 2019 Film Festival will open up Thursday, October 17 at the Philadelphia Film Center with the movie "Just Mercy."

A powerful and thought-provoking true story, "Just Mercy" follows young lawyer Bryan Stevenson (Jordan) and his history-making battle for justice. After graduating from Harvard, Bryan had his pick of lucrative jobs. Instead, he heads to Alabama to defend those wrongly condemned or who were not afforded proper representation, with the support of local advocate Eva Ansley (Larson). One of his first, and most incendiary, cases is that of Walter McMillian (Foxx), who, in 1987, was sentenced to die for the notorious murder of an 18-year-old girl, despite a preponderance of evidence proving his innocence and the fact that the only testimony against him came from a criminal with a motive to lie. In the years that follow, Bryan becomes embroiled in a labyrinth of legal and political maneuverings and overt and unabashed racism as he fights for Walter, and others like him, with the odds-and the system-stacked against them.


Bryan Stevenson, screenwriter Andrew Lanham, and star Karan Kendrick of "The Hunger Games" and "The Hate U Give" are scheduled to attend to the screening.

The Closing Night film on October 26 at the Philadelphia Film Center will be "Knives Out."

Acclaimed writer and director Rian Johnson (Brick, Looper, The Last Jedi) pays tribute to mystery mastermind Agatha Christie in "Knives Out," a fun, modern-day murder mystery where everyone is a suspect. When renowned crime novelist Harlan Thrombey (Christopher Plummer) is found dead at his estate just after his 85th birthday, the inquisitive and debonair Detective Benoit Blanc (Daniel Craig) is mysteriously enlisted to investigate. From Harlan's dysfunctional family to his devoted staff, Blanc sifts through a web of red herrings and self-serving lies to uncover the truth behind Harlan's untimely death. With an all-star ensemble cast including Chris Evans, Ana De Armas, Jamie Lee Curtis, Don Johnson, Michael Shannon, Toni Collette, LaKeith Stanfield, Katherine Langford and Jaeden Martell, "Knives Out" is a witty and stylish whodunit guaranteed to keep audiences guessing until the very end.


Director Rian Johnson is scheduled to attend the screening.

The Festival will showcase 120 feature length and short films.

Tickets may be purchased through the Festival website, www.filmadelphia.org/festival, in-person at the main Box Office at the Philadelphia Film Center, or over the phone at 215-422-4588 (Monday - Saturday from 12 p.m. to 5 p.m.).