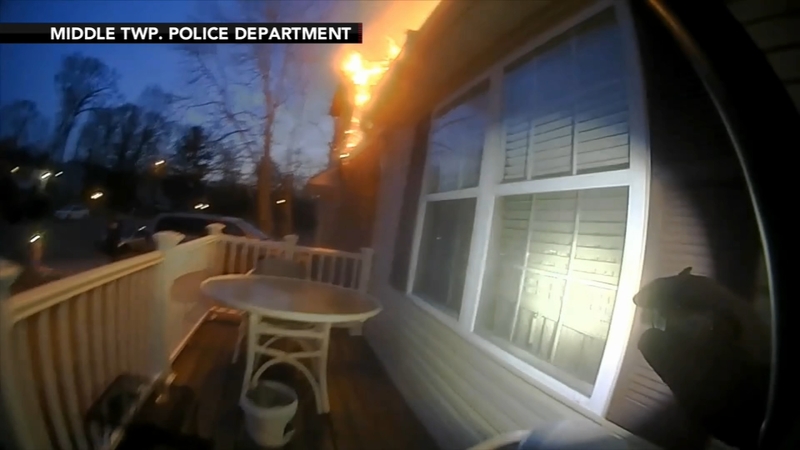 It happened Saturday, March 13, around 5:50 a.m. on the 100 block of Holly Drive in the Rio Grande section of the township.

When officers arrived on the scene, flames could be seen shooting from the roof of the two-story home, as seen from video captured by the Rio Grande Fire Company.

Two adults and a 4-year-old child, who were second-floor tenants, were able to escape the blaze, but officers learned that an 83-year-old man, a 72-year-old woman and their dog were inside sleeping on the first floor.

James "Cowboy" Johnson, a 70-year-old former Marine, jumped into action to save his neighbor from a burning home.

Bodycam video obtained by Action News shows the moment officers rushed toward the burning home, pounding on doors and windows.

After not being able to gain entry to the front door, Patrolmen Mark Bakley and Shawn Rocca found a rear sliding glass door that was unlocked. The officers maneuvered through the smoke-filled house to rescue the family to safety.

The officers were not injured in the incident.