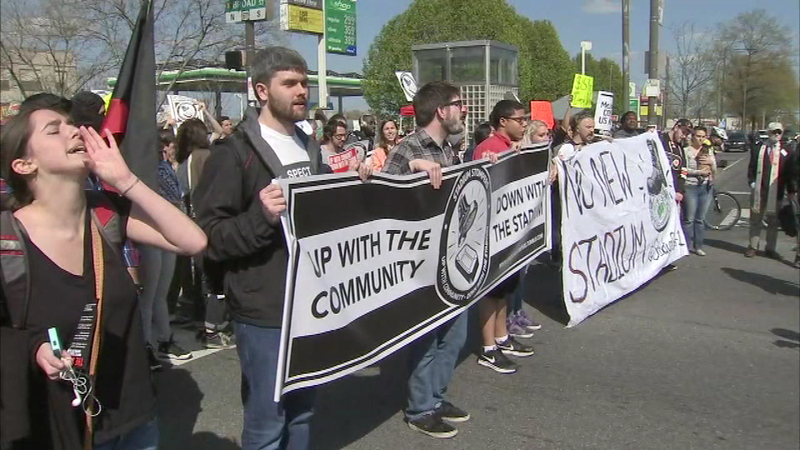 NORTH PHILADELPHIA (WPVI) -- It is called a 'Day of Action' and protesters of numerous causes marched down Broad Street to make their message known, creating traffic gridlock during rush hour in the process. 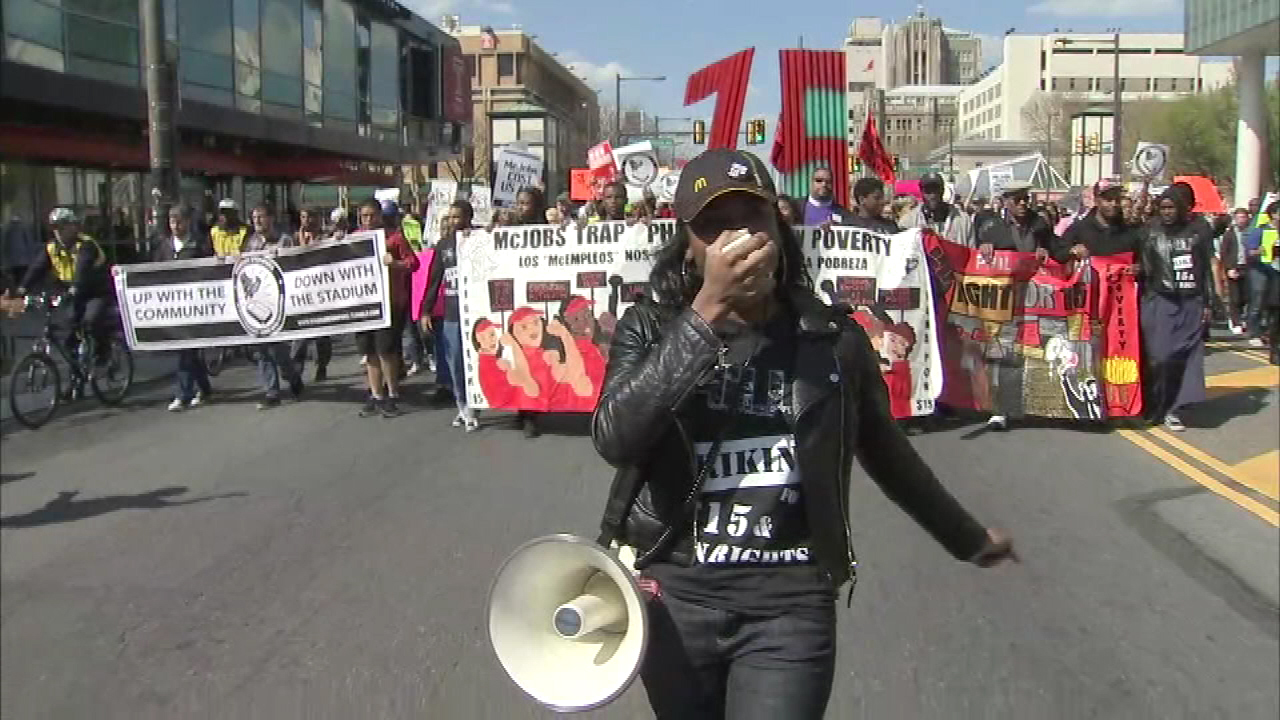 As a result of the protest, SEPTA announced several bus routes were being detoured or delayed. Check for their status.

Demonstrators from Stadium Stompers, a group of North Philadelphia residents and Temple University students opposing the school's proposed new stadium, were joined by Fight for 15 protesters, fast food workers calling for a $15 minimum wage, as well as groups wanting economic and racial justice. 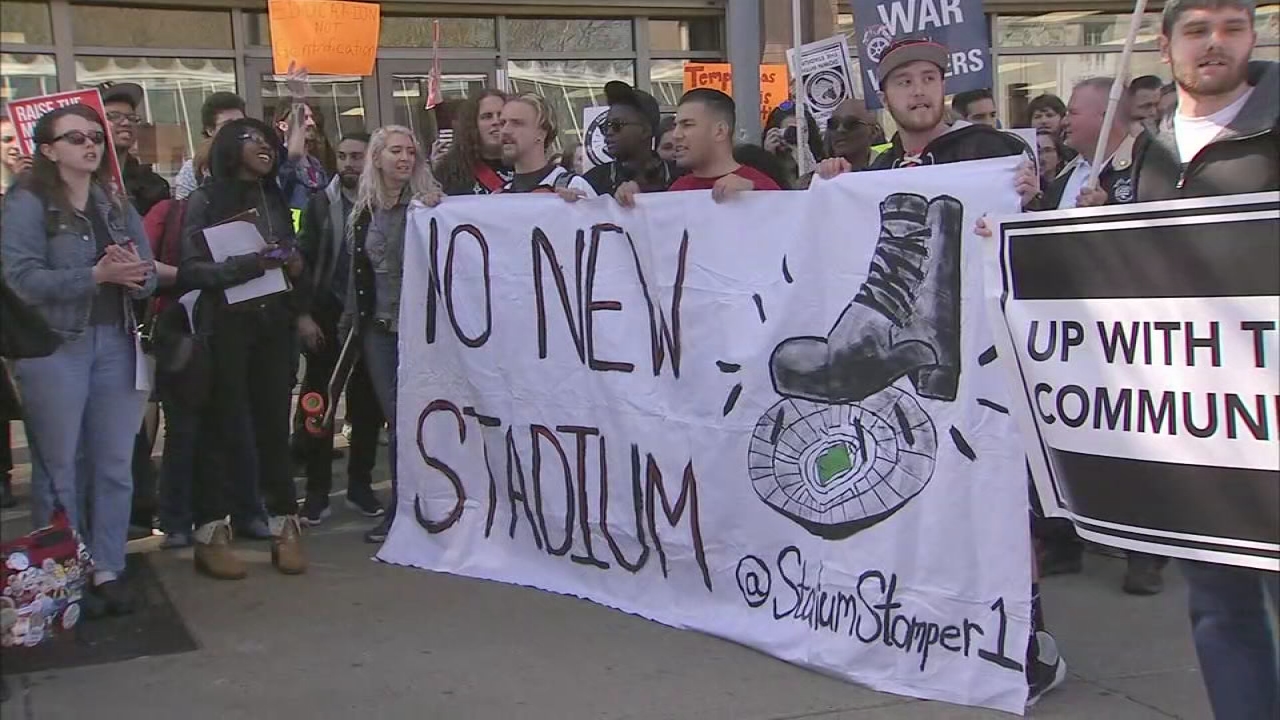 Stadium Stompers began their protest against Temple's stadium at 2 p.m. Thursday at the Bell Tower on campus.

The university has been discussing the idea of building a 35,000 seat stadium in the northwest corner of its campus, just north of the Liacourus Center. 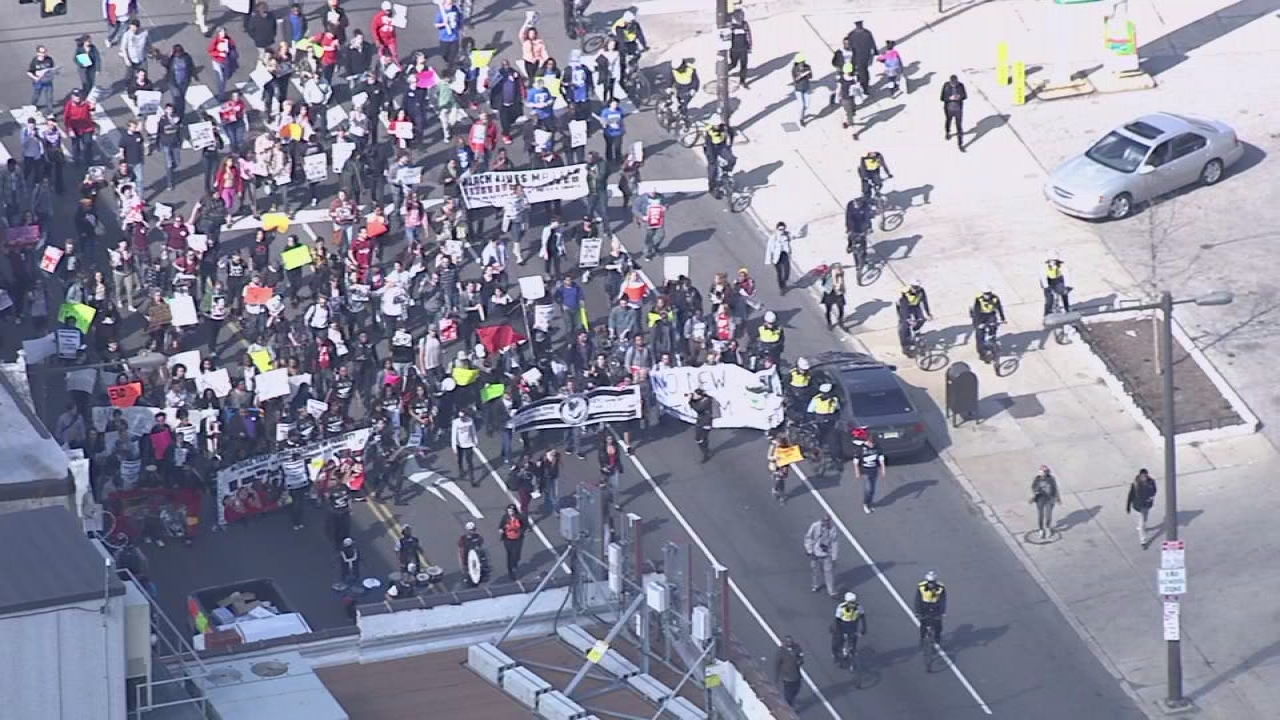 The Stompers were soon joined by other North Philadelphia residents at Cecil B. Moore Avenue and Broad Street.

That group met up with the Fight for 15 protesters.

An average of 64 million Americans are paid less than $15 an hour in a variety of industries, including home care, airports and janitorial staff.

On Thursday, strikes and rallies to raise awareness about the issue were spanning the East Coast.

If we don't get it, shut 'em down! #Wendys #Philadelphia #FightFor15 pic.twitter.com/xuY90wpK0G

"I think people should be paid appropriately," said Kenney, "and I think the wage inequity in this country is stunning. $15 is certainly a goal."

California and New York and at least one Pennsylvania city have made the increase already. 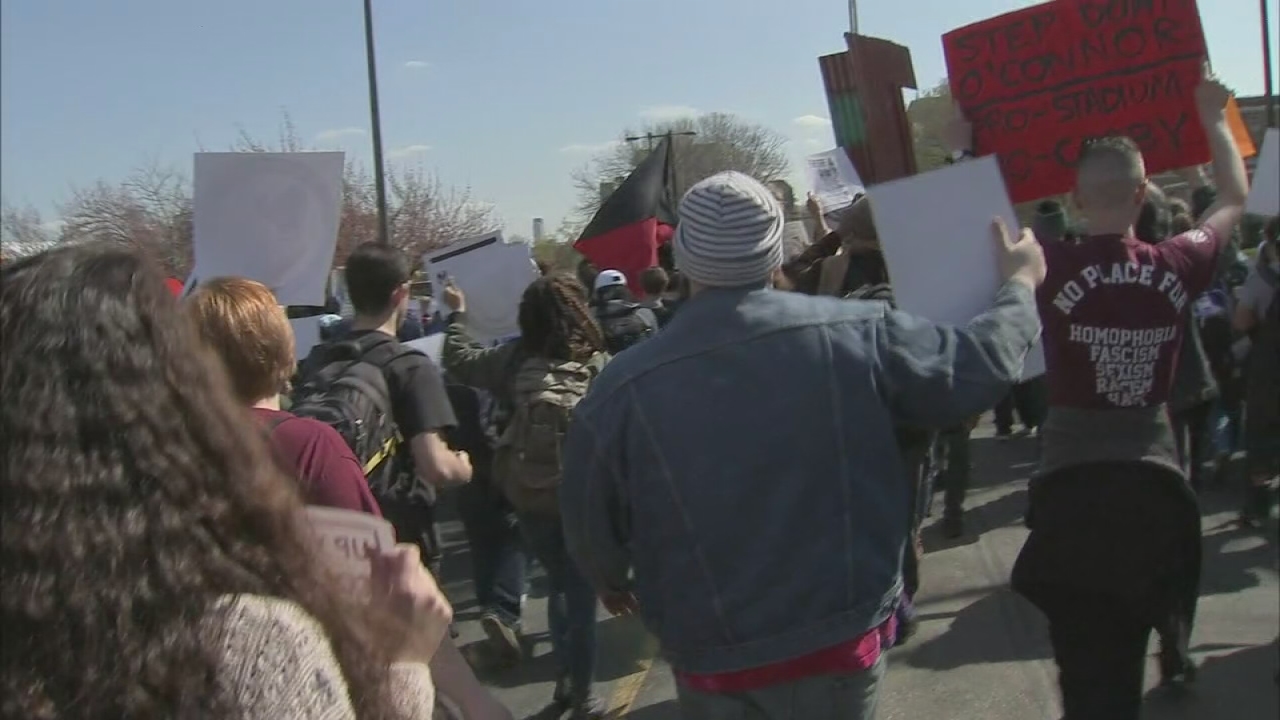 Large police presence on North Broad ahead of march. pic.twitter.com/YpJGyDAF5r

The protesters marched past a McDonald's and stopped at Broad and Girard. Members of the Philadelphia Coalition for Racial, Economic, and Legal (REAL) Justice joined the group. 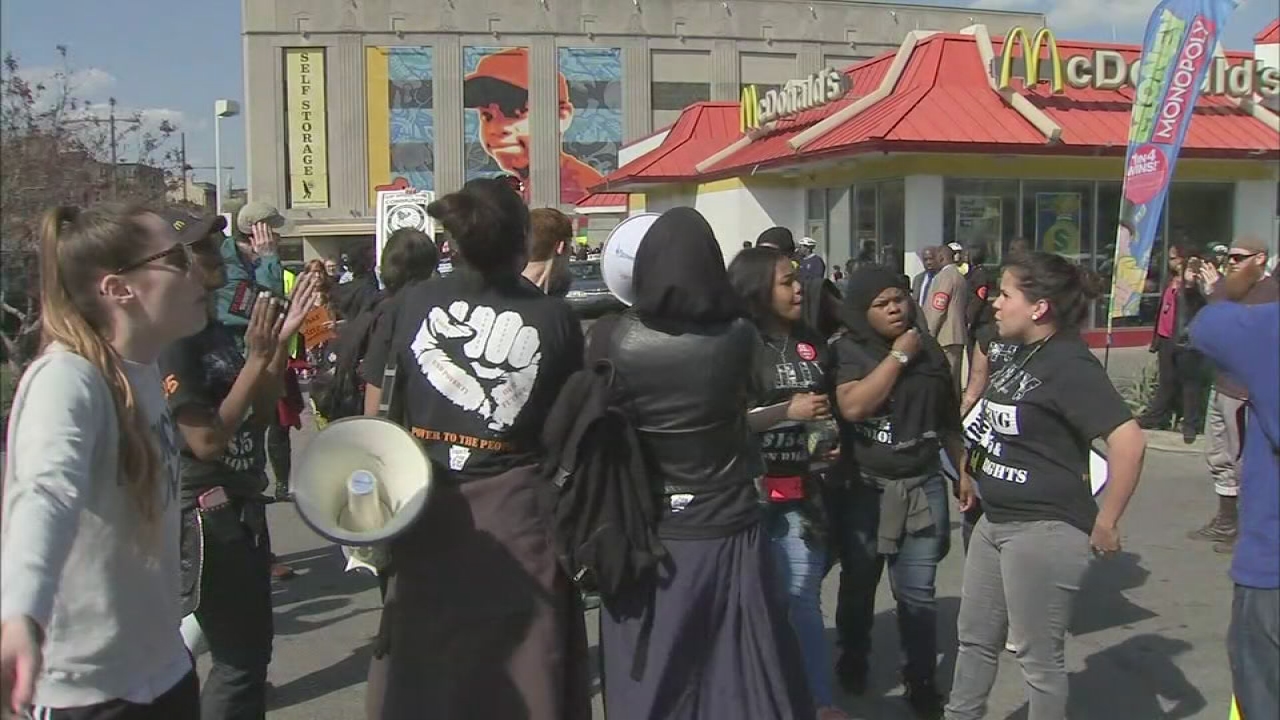 Just before 5 p.m., the protest arrived at their destination - City Hall.

Some then remained at the McDonald's at Broad and Arch streets while others returned to Temple University.

Protestors stopped outside #McDonald's at Broad and Arch. pic.twitter.com/JC9l6NrXHQ