As of Aug. 16, a reported eight children in the U.S. have tested positive and now a dog in Paris has the virus.

ByAlyana Gomez and Bob Brooks via

The city was supposed to receive more than 3,600 vials, but will instead receive just over 700 vials after the FDA announced a strategy to conserve vaccine doses.

PHILADELPHIA (WPVI) -- The Philadelphia Department of Public Health announced Tuesday that the city's monkeypox vaccine allotment is being significantly reduced.

The city was supposed to receive more than 3,600 vials, but will instead receive just over 700 after the FDA announced a strategy to conserve vaccine doses.

That means -- for the foreseeable, the only way anyone is getting the vaccine is if you've had proven exposure.

"We have thousands of people who are at risk that should be vaccinated preventively before they get exposed," said Dr. Cheryl Bettigole, the Philadelphia Health Commissioner.

Dr. Bettigole says this couldn't have happened at a more critical time with monkeypox cases in the city climbing rapidly.

"We have an increase in cases of about 50% per week," said Dr. Bettigole.

As of now, the health department estimates the number of people considered high risk in the city stands at 12,000.

To get the most out of the vaccine, Dr. Bettigole says they'll be cutting the doses to just 1/5th of the normal amount through what's called an "intradermal strategy."

As of Aug. 16, a reported eight children in the U.S. have tested positive andnow a dog in Paris has the virus after close contact with its infected owners.

Michael LeVasseur, the assistant professor at Drexel's School of Public Health, says the jump to animals isn't uncommon and this doesn't mean monkeypox is spreading out of control.

"A couple of years ago we had an outbreak in the United States among prairie dogs. So, it's not unheard of," said LeVasseur.

Caryelle Lasher, the director of Camden County Department of Health, says there have been 13 cases in Camden County with 335 confirmed monkeypox cases in all of New Jersey.

In Pennsylvania, the CDC is reporting 336 cases and just 10 in Delaware.

In the U.S., nearly 12,000 people have contracted this virus that produces a rash and flu-like symptoms and spreads from intimate or skin-to-skin contact.

"It may include parties, places where there's a lot of dancing, just close skin-to-skin contact with other people. That's where we're seeing possibility for transmission. Those are higher-risk activities," said Lasher.

Incoming freshmen at Temple University just moved in for the fall semester and now have another virus to be concerned about after already losing two years of high school memories due to COVID-19.

"The things I've seen is it's skin-to-skin and transmitted differently. So I'm not too concerned with it as I was with COVID, but I know it's something you have to watch out for," said freshman Sendai Hagos.

"I am pretty nervous about it spreading, but I think Temple probably has it under wraps," said freshman Michelle Nguyen.

Temple University is offering treatment options for monkeypox but says because Philadelphia's vaccine supply is very limited, appointments are only for high-risk individuals who have been exposed.

"All we can do is talk to our kids about how to be safe and sanitary," said parent Beth Menasion of West Philadelphia. 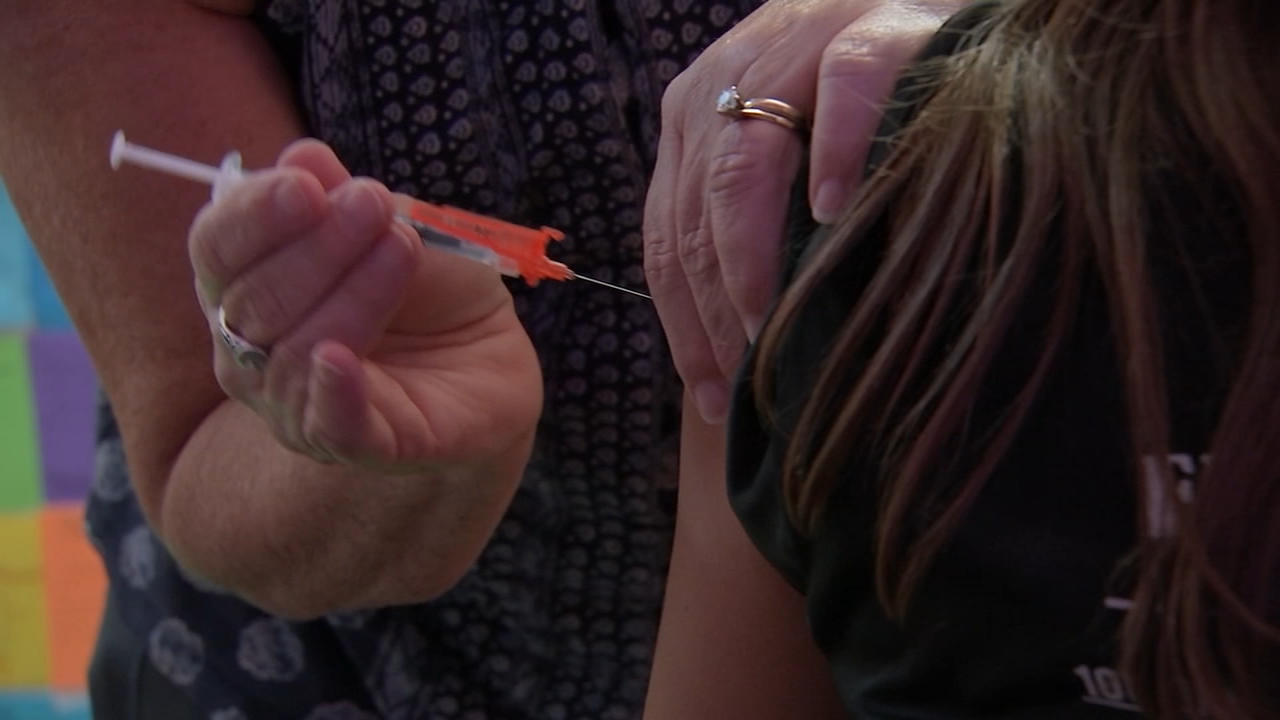 New omicron booster shots coming to a pharmacy near you