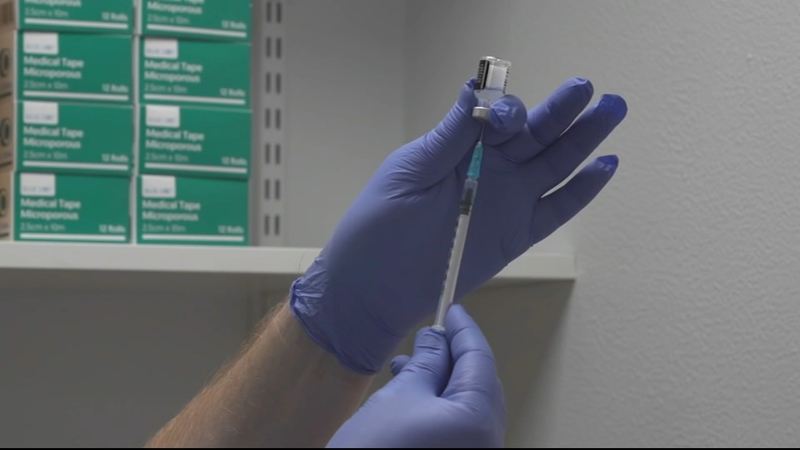 Pa. getting ready to roll out COVID-19 vaccine

NORRISTOWN, Pennsylvania (WPVI) -- The first of many freezer-packed COVID-19 vaccine vials made their way to distribution sites across the United States on Sunday, as the nation's pandemic deaths approached the horrifying new milestone of 300,000.

The rollout of the Pfizer vaccine, the first to be approved by the Food and Drug Administration, ushers in the biggest vaccination effort in U.S. history - one that health officials hope the American public will embrace, even as some have voiced initial skepticism or worry. The first of two shots are expected to be given in the coming week to health care workers and nursing home residents.

Frontline workers, including hospital employees, will be among the first to be vaccinated in Pennsylvania. But what if you're not among them? What would this vaccine roll-out look like for you?

Plans are being laid on how the vaccine will be administered, and who will receive it.

Like in most other areas, in Montgomery County hospital workers will be first in line, followed by staff and residents of long term care facilities.

CVS says it will carry out that work in more than 40,000 US facilities.

So what about people who can work from home? When could adults who aren't front-line employees expect an available dose of the COVID vaccine?

"Late spring, maybe early summer. I'm being optimistic, but a lot of it depends on additional vaccines that will be approved," estimates Arkoosh.

Beyond Pfizer, other companies including Moderna, AstraZeneca, and Johnson & Johnson are also developing vaccines.

"People will be able to make an appointment, drive through in their car. If it's one of our drive-thru locations, they can put someone at every window and as long as they're in that particular priority group," says Arkoosh.

The number of vaccine vials a county receives from the state department of health depends on population size.

Meanwhile, Philadelphia will get shipments directly from the Centers for Disease Control.

Dr. Thomas Farley expects the first shipment to be in the "tens of thousands."

So, what about children? While more than 40,000 people participated in the Pfizer study, no participant was under 12.

"I don't know that the FDA will approve this vaccine for anyone under 12. It's quite possible that they will not," says Arkoosh.