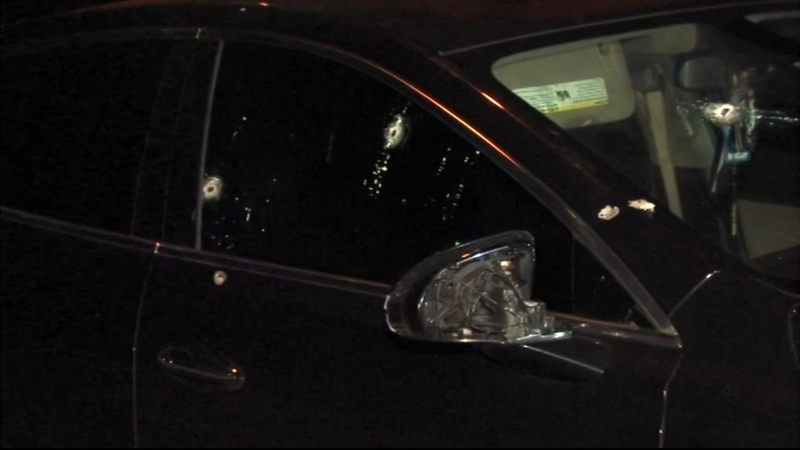 It happened around 12:30 a.m. at 60th Street and Haddington Lane in Overbrook.

Police said a 22-year-old man was shot in the arm. He was able to drive away from the scene.

His car was found abandoned on the Schuylkill Expressway near the Montgomery Drive exit, riddled with 11 bullet holes.

While investigating the scene for about a half hour, police were then notified that a shooting victim had been dropped off at the hospital.

The 22-year-old victim told police he got out of his vehicle and into another that took him to the hospital. Police said the other vehicle did not remain at the hospital.

Despite all of the bullets fired, the 22-year-old was struck only once.

"We know over 50 shots were fired and the victim's vehicle was struck 11 times, at least, and this 22-year-old was extremely lucky because he was only shot one time in his right arm," Small said.

Police said the shots were fired from two guns and they believe the victim's vehicle was the intended target.

Police don't have a motive and are searching for the shooter.