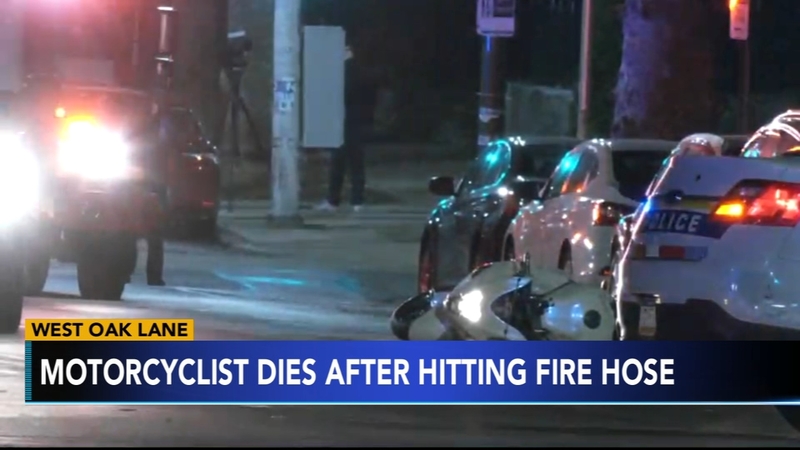 PHILADELPHIA -- A motorcyclist is dead following a crash at the scene of a house fire in the West Oak Lane section of Philadelphia.

The fire erupted early Sunday morning in the 6700 block of North Carlisle Street.

Firefighters had stretched a hose across Broad Street to battle the flames.

Police say the 34-year-old motorcyclist hit the hose while traveling north on Broad near 68th Avenue.

The man was thrown about 300 feet. He was pronounced dead at the scene.

The name of the motorcyclist who was killed has not been released.

As for the fire, investigators say it started in the kitchen of the home and quickly spread to the second floor.

The house was unoccupied at the time.

There was no word on a cause.
Report a correction or typo
Related topics:
philadelphiawest oak lane (philadelphia)firemotorcycle accident
More Videos
From CNN Newsource affiliates
TOP STORIES