The soaring ticket sales are a potential game changer for Hollywood.
WPVI
By Alicia Vitarelli and 6abc Digital Staff 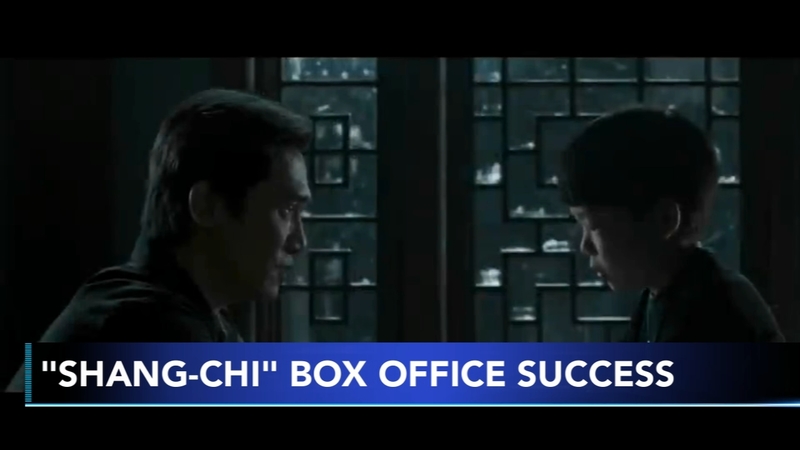 PHILADELPHIA (WPVI) -- Marvel's "Shang-Chi and the Legend of the Ten Rings" shattered all box office expectations over the long holiday weekend.

The soaring ticket sales are a potential game-changer for Hollywood, and aside from the dollars and cents, the success and significance of this movie is huge.

Shang-Chi is Marvel's first Asian superhero, and the president of Marvel Studios says the goal is for this film to have the same kind of cultural impact as Black Panther.

"Asian Americans have never been able to see a superhero who looks like them on the big screen, somebody who is heroic," said Rebecca Sun, the senior editor of diversity and inclusion for The Hollywood Reporter. "Now we have a superhero film of our own."

"Shang-Chi and the Legend of the Ten Rings" is Marvel's first theaters-only release since the start of the pandemic, and it's already raked in close to $150 million at box offices worldwide and rising.

He calls the film a celebration of culture and joy that will persevere after an embattled year.

Co-star Fala Chen tells Good Morning America that the cast is thrilled at the success.

"We're tracking the numbers, and we have a group chat together," Chen said. "We are just so thrilled. Suddenly we have this film, and people now feel empowered and feel seen and valued."

"Shang-Chi and the Legend of the Ten Rings" delivered the biggest Labor Day weekend opening for a film since 2007.

It's in theaters only now and will be available later this year on Disney+.