Music venues in Philadelphia, across country are struggling to stay afloat amid COVID-19 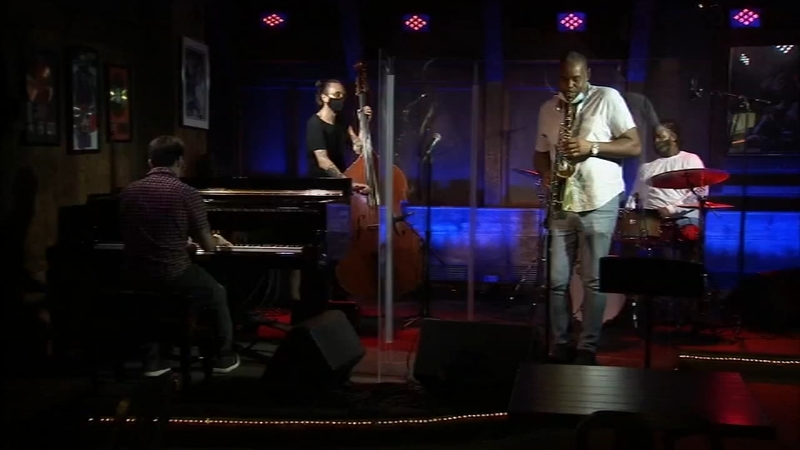 Music venues in Philadelphia, across country are struggling to stay afloat amid COVID-19

PHILADELPHIA (WPVI) -- For those that have been missing the familiar sounds of a live band, Action News captured a practice session at legendary Chris' Jazz Cafe, of what could perhaps become another new norm.

The lights, camera, action and operation of it all wasn't cheap. Executive chef and owner, Mark DeNinno says the idea of broadcasting acts to a larger audience was born earlier in the year, the pandemic, of course, shifting things into high gear.

In addition, the safety of performers is also paramount. There is plexiglass separating sections.

"The demand has been pretty high," said DeNinno.

While it's a solution, others in the industry say it's not. "It's better than nothing, but it's kinda like looking at pictures of food," said Hal Real, founder and president of World Cafe Life in University City.

The collective now lobbying Capitol Hill for specific relief, to an industry where federal help has been lacking and has been hemorrhaging money since the pandemic began.

"While we have no revenue and we have refund obligations, we have continued to have significant overhead," said Heal.

But the fact there's music to be heard at all, really feels like this pandemic may just end on a high note.
Report a correction or typo
Related topics:
businessphiladelphiaconcertbusiness
Copyright © 2021 WPVI-TV. All Rights Reserved.
More Videos
From CNN Newsource affiliates
TOP STORIES