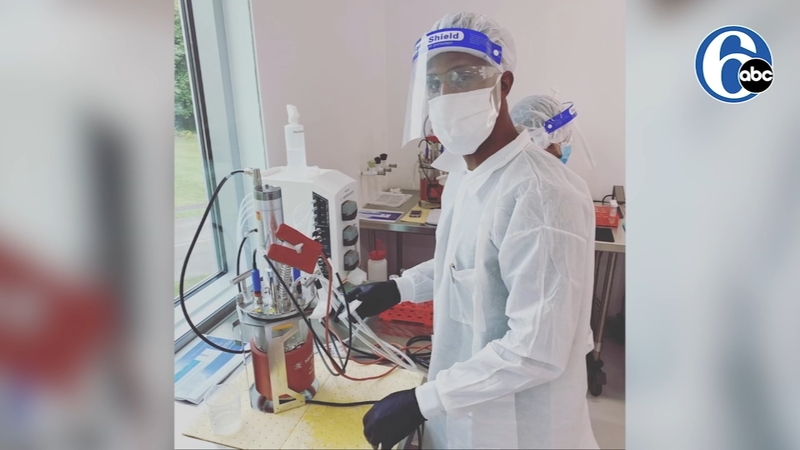 "Giving the public school system, growing up around here, just obviously the environment, you don't think that being a scientist is something possible," said Norris.

A dream Norris had since the age of seven, growing up on Estaugh Street near 20th and Tioga streets in the city's Nicetown-Tioga section.

But Norris says that dream often felt defeated when he ever thought of achieving it.

"You watch cartoons like Dexter's (laboratory) and Jimmy Neutron, you even see commercials and stuff like that, and you hardly see any Black scientist," said Norris. "I wanted to break the mold honestly, and it was a dream of mine that I gave up on after a while."

Norris says it wasn't until later on during his college years, first at Community College of Philadelphia, where he was asked to declare a major of study.

"I said, 'what's the hardest thing that you have here?' They told me it was either nursing or biology," added Norris. "I chose biology because my nature is to gravitate to the more challenging thing."

Currently enrolled in the accelerated 12-month course of study, Norris is on pace to graduate as early as 2021.

But this journey wasn't a 'cakewalk,' as the 26-year-old Neumann University graduate says he faced many tribulations that even included homelessness.

"We were put out of our home 10 years ago on this block," said Norris. "Getting accepted into the program, a lot of people ask me how I felt, and I get that question still to this day. But it wasn't a celebratory moment, honestly for me."

Norris looks to pursue a career in protein replacement therapy, but says this accomplishment was more of a 'mission' as he aims to bring hope for inner-city youth.

While Norris plans to continue his work at Jefferson to obtain a Ph.D., he also is working to develop a scholarship for younger kids called The Rise Above award.

A tribute to his 7th-grade teacher that helped Norris 'rise above,' Norris now aims to provide STEM educational opportunities for youth growing up under similar circumstances.