WPVI
By Brock Koller
March 7 is National Cereal Day. But if you think the only way to celebrate is with a simple bowl of cereal, think again.

There are many new cereal-inspired items available just in time for this yearly holiday devoted to the breakfast staple. 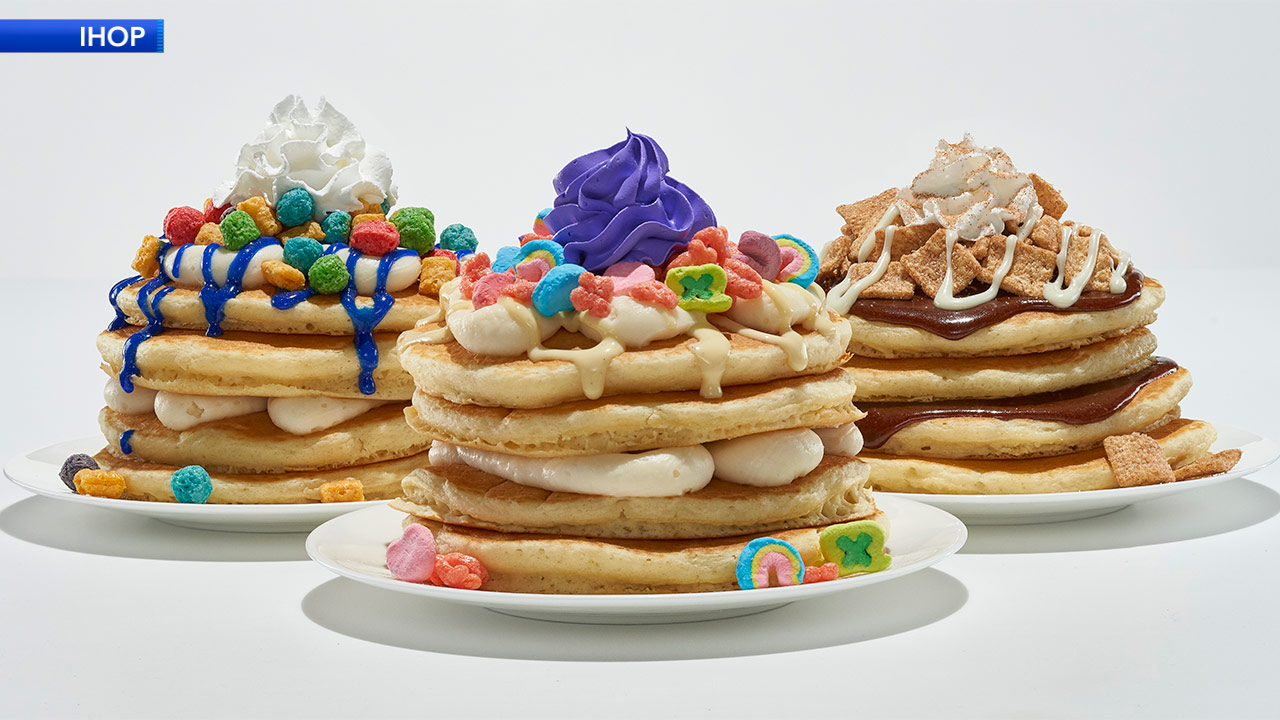 The pancakes are available until April 12. They come in three varieties, each with cereal milk mousse, described by IHOP as "a silky cream that that tastes like the sweet milk that's left over after eating a bowl of cereal."

The Cereal Pancakes are: 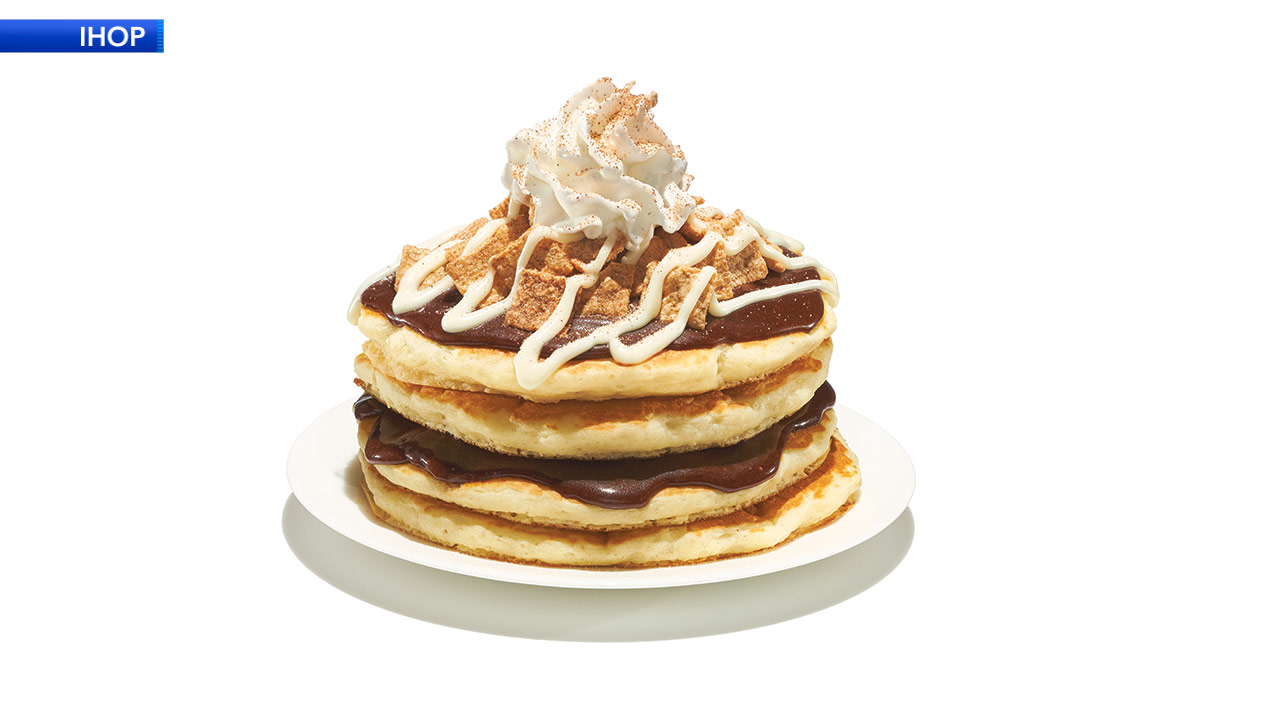 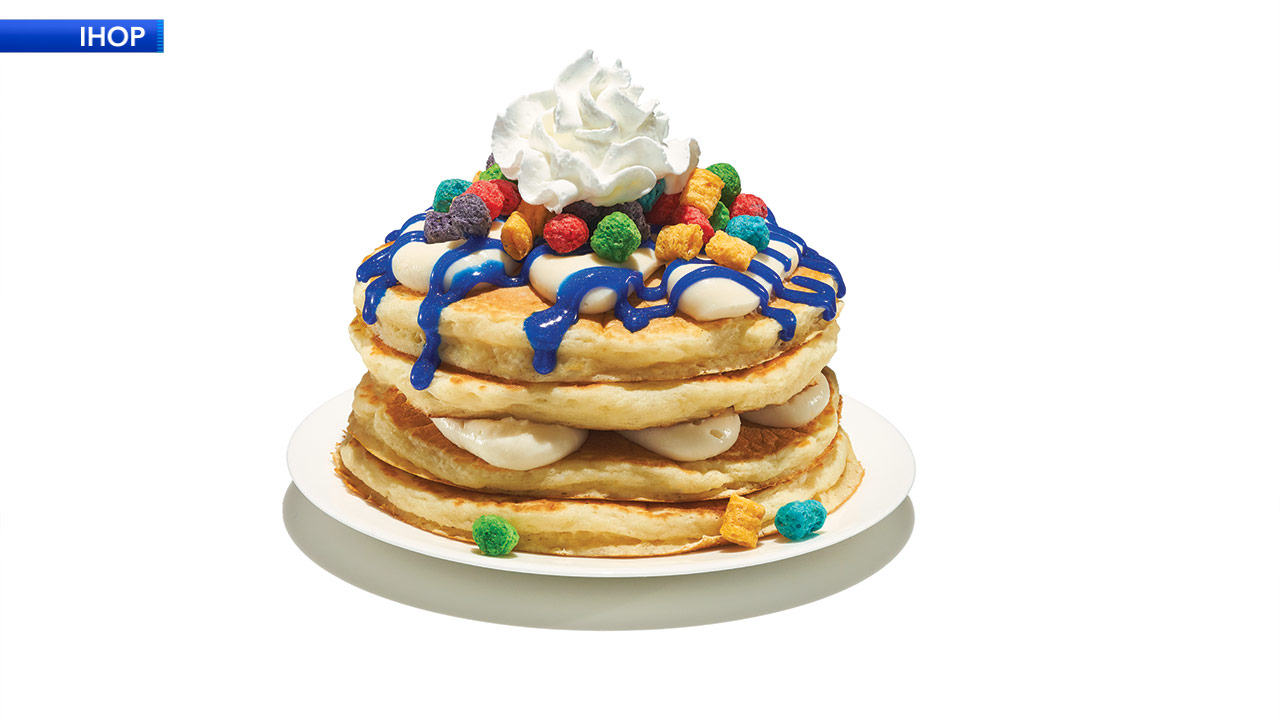 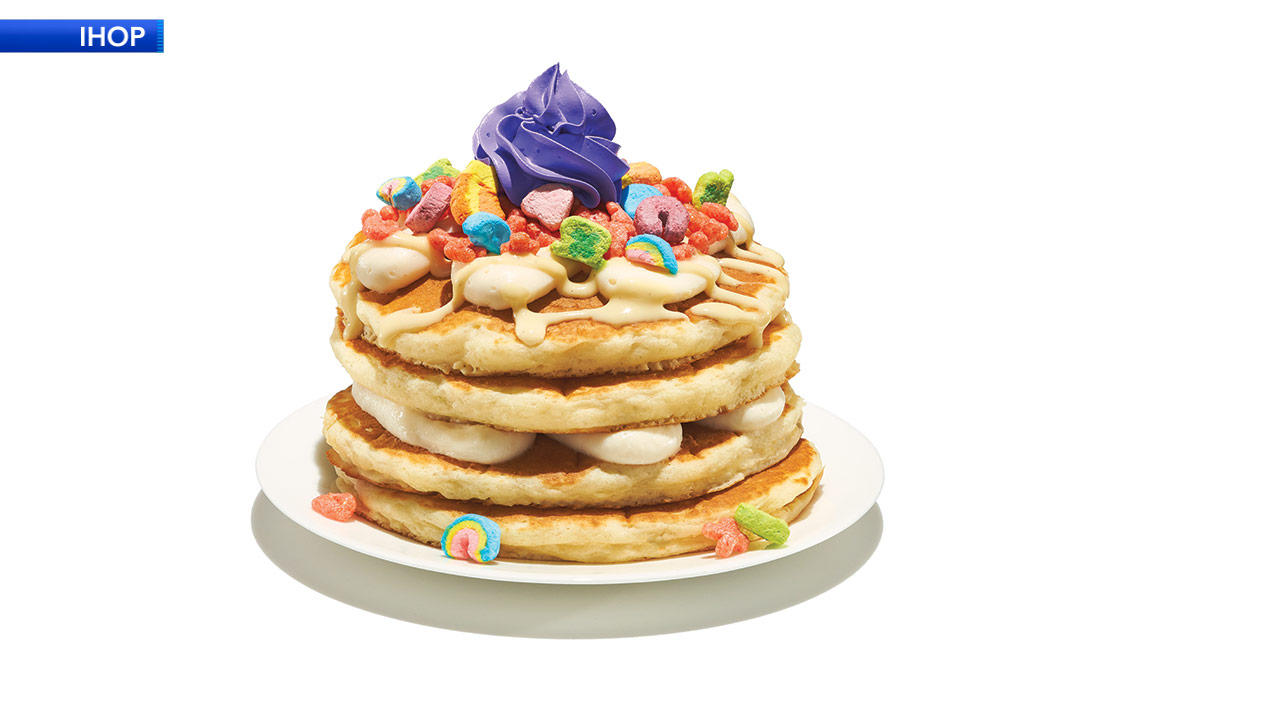 IHOP also has introduced three milkshakes, one for each cereal variety.

And, that's not all. To celebrate St. Patrick's Day later this month, the restaurant is offering $1 St. Paddy's Day Cakes available from 7 a.m. to 7 p.m. on March 17. St. Paddy's Day Cakes are "shortstacks made of two fluffy Irish-green pancakes topped with sweet cream cheese icing, Fruity Lucky Charms cereal and a crown of whipped topping." 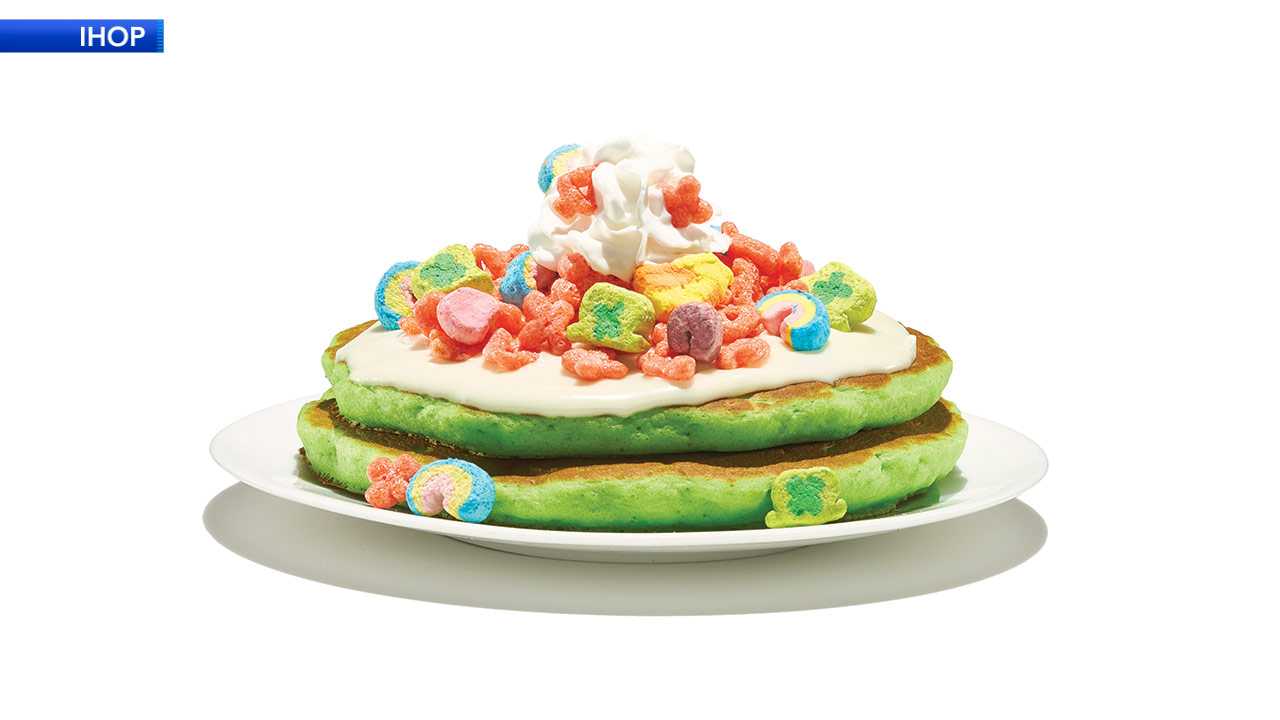 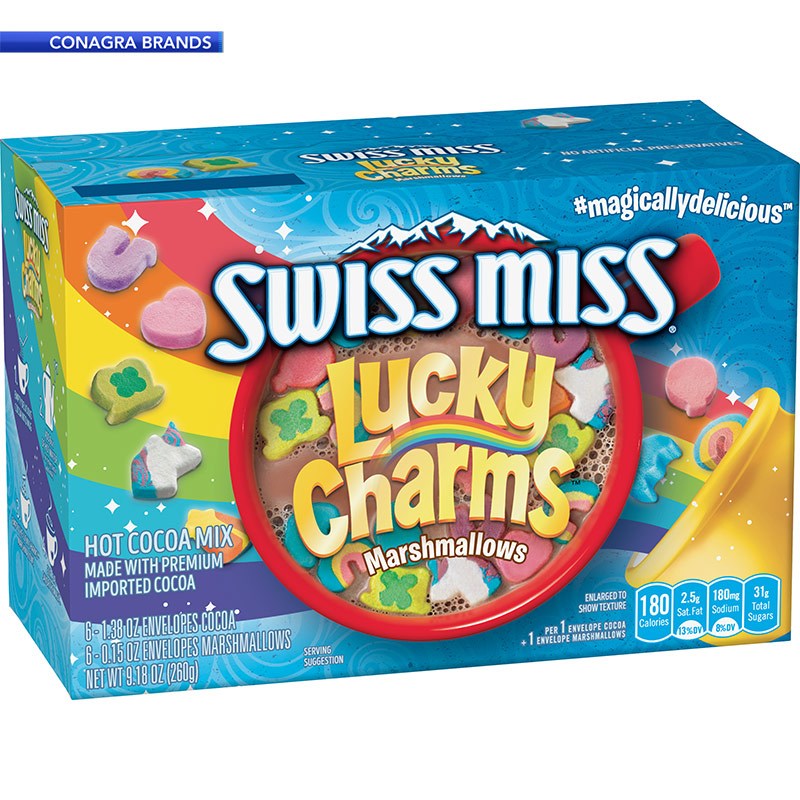 You will have to wait just a little bit longer to start sipping on Swiss Miss' new hot cocoa Lucky Charms mix, but we've been told it will be "magically delicious."

"Made with real nonfat milk, Swiss Miss Hot Cocoa With Lucky Charms Marshmallows has the timeless flavor that moms know and the fun marshmallows kids love. This delicious hot drink has 180 calories per serving," the company says.

One box has suggested retail price of $2.99.

Though Coffee mate's Cinnamon Toast Crunch creamer was released earlier this year, it's still worth talking about, as it leads into our next entry.

This special edition creamer has cinnamon, brown sugar and hints of toasted cereal. 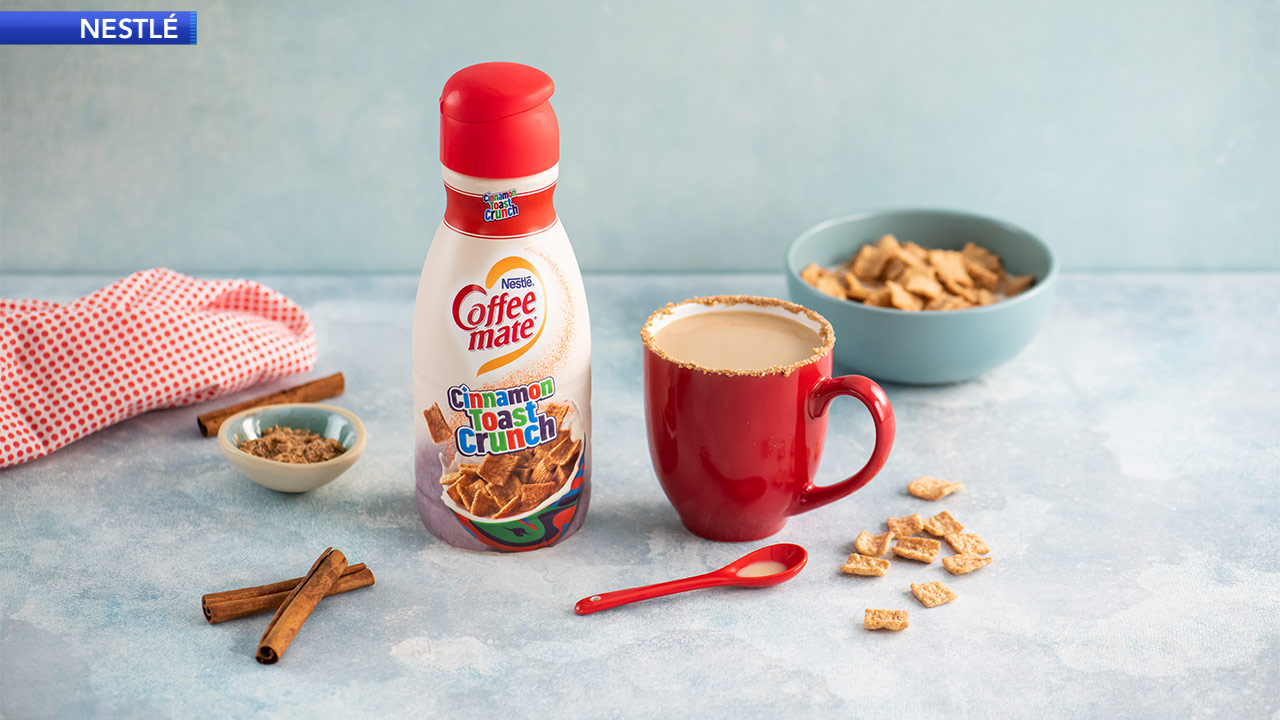 According to the company, it tastes like the best of the "cinnamilk" left in the cereal bowl.

To celebrate National Cereal Day, and to pair with their creamer, Coffee mate has created edible, limited cereal spoons that taste like Cinnamon Toast Crunch. 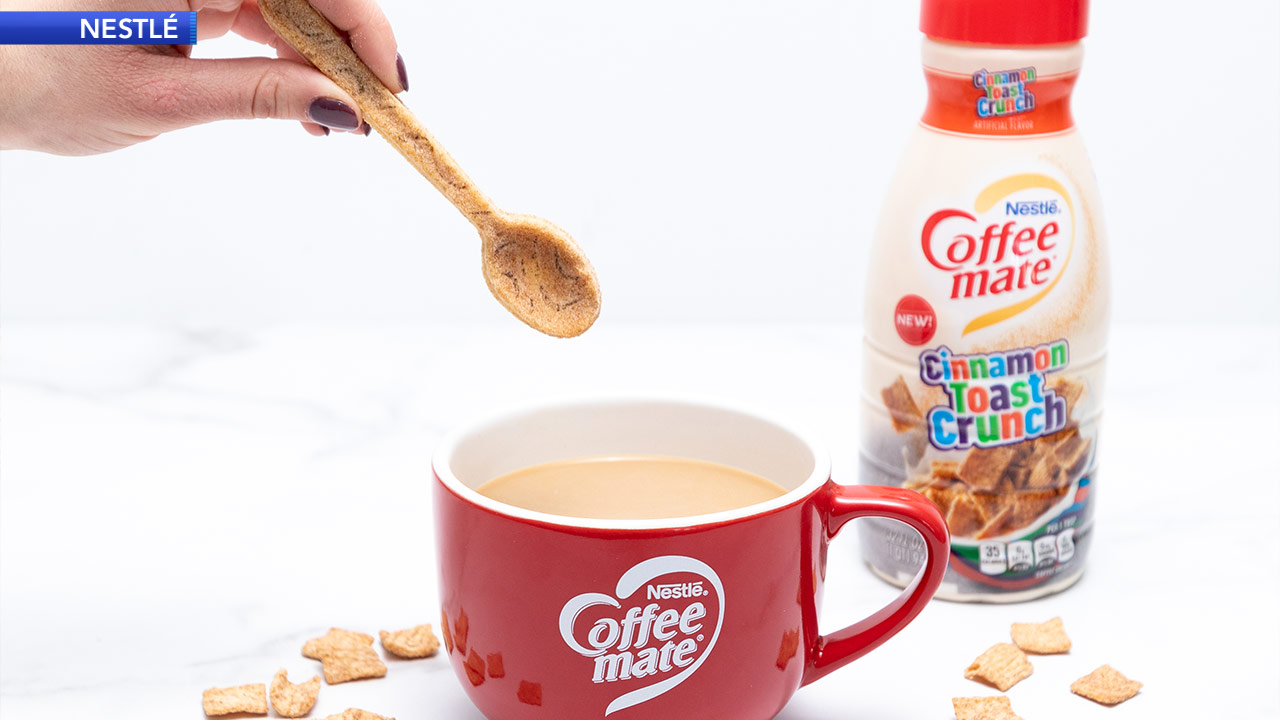 But there's only way to get your hands on these spoons - by winning a contest.

Due to all the excitement around our sweepstakes, we’re extending it through #NationalCerealDay! To enter, tweet using #CoffeemateSweepstakesEntry and follow @Coffeemate. NPN. Must be 18+ & US or DC resident. Ends 11:59 PM ET 3/8/20. Rules: https://t.co/Ecd41svHBT pic.twitter.com/wc10Xwml06

"All they have to do is follow Coffee mate on Twitter and tweet using #CoffeemateSweepstakesEntry, and soon they could be stirring their morning cup with a spoon made using the perfect blend of cinnamon and sugar," Coffee mate said.

The sweepstakes runs through March 8.

That title is quite the mouthful, but you read it right. Aunt Jemima Cap'n Crunch's Ocean Blue Maple Flavored Syrup will be offered for a limited time, according to the company.

The syrup will be in stores by March 8.

So grab your spoon (edible or not) and enjoy these cereal-inspired treats! (You might need a fork, too.)
Report a correction or typo
Related topics:
food & drinkfoodcerealconsumer
Copyright © 2021 WPVI-TV. All Rights Reserved.
More Videos
From CNN Newsource affiliates
TOP STORIES