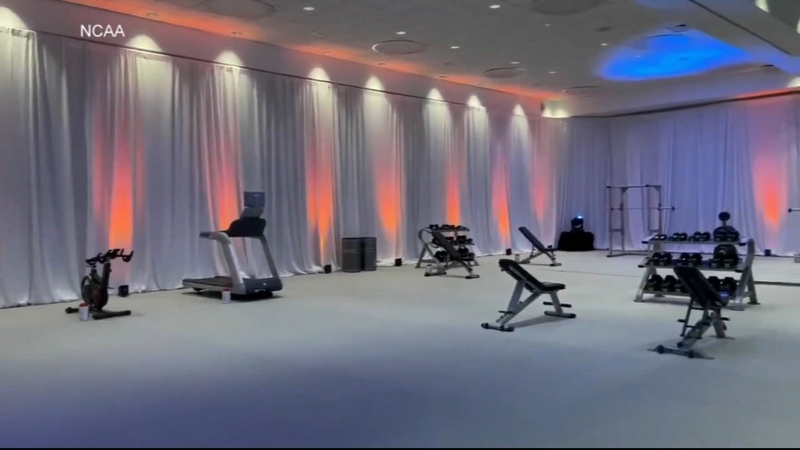 PHILADELPHIA (WPVI) -- The NCAA is on the rebound after it spent the weekend making up for a big discrepancy between the men's and women's March Madness training facilities.

Like many, Koelzer was shocked to see the difference in the men's and women's locker rooms at the NCAA tournament.

The conditions came to light after University of Oregon player Sedona Prince posted a video on social media.

Let me put it on Twitter too cause this needs the attention pic.twitter.com/t0DWKL2YHR

Koelzer says she encountered similar challenges as a pro hockey player. What's different about this situation, she says, is the nationwide response speaking up for equality in sports.

"It was incredible as well as very uplifting," Koelzer says. "You had NBA players stepping up and raising awareness. Just the support on social media that was provided helped to rectify the situation."

The NCAA has apologized and, by Saturday, they'd installed a fully-equipped training room for the women's teams.

Koelzer adds that the women's teams in the tournament are holding up their end of the bargain by playing top-tier basketball, so she's glad they got facilities that are equal to the men's teams.

A Horsham woman is making history as the NCAA's first Black head coach of hockey.