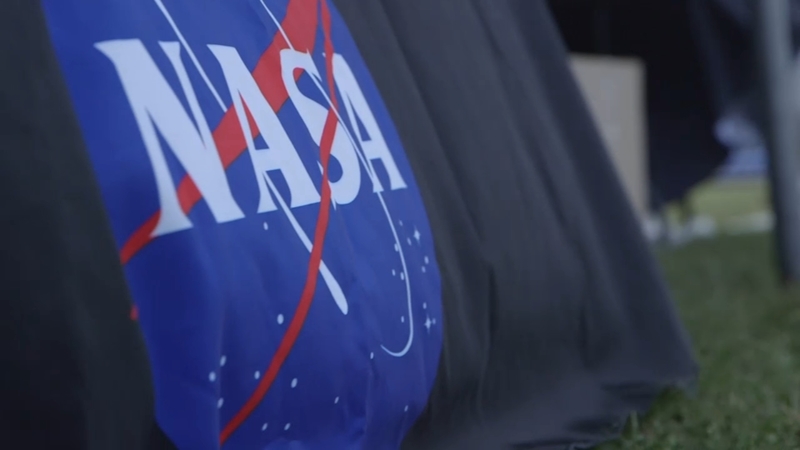 Astronauts look back 50 years to moon landing, with an eye to the future

WAPAKONETA, Ohio -- Saturday marks exactly 50 years since Apollo 11 landed on the moon. In astronaut Neil Armstrong's hometown, the anniversary is being celebrated with those involved in both the history and the future of space travel.

"I had the privilege of flying and having the perspective of looking back at the earth from space, from 300 miles up," said astronaut Michael "Bueno" Good. "And it's just a beautiful sight to look back at this planet."

Good retired from NASA in may to shift toward a future in private, commercial space travel. His colleague, astronaut Sunita Williams, is still at NASA, doing the same work in the public sector.

"You know, your perspective changes a little bit," Williams said. "You're not really worried about waiting in line for coffee or waiting in traffic."

Dante Centouri is the executive director of the Armstrong Air & Space Museum in Wapakoneta, Ohio, where they are celebrating the milestone.

"The core of this celebration is really recognizing arguably one of the greatest engineering feats in history," Centouri said. "The landing of humans on another body."

Five Ohio astronauts have been part of that celebration, along with one of the Navy Frogmen who saved Apollo 11 after splashdown and rescue its three astronauts.

"Those boys were really getting jostled around. And our job was to save the moon rocks by putting a flotation device around the capsule, and then save the astronauts, then save ourselves," Mallory said. "And I went, 'Hey, wait a minute. Shouldn't we save the astronauts first?' He (the training supervisor) says, 'No. We've got lots of astronauts, we've only got one bag of moon rocks.'"

For Mallory, it was simply an honor for one of his many missions to be a history making moment. And he encouraged kids today to find a way to be a part of the next great missions in space, no matter how big or small their role.

According to Good and Williams, that next great mission is coming soon. They both agree that civilians will be travelling in space within the next year.