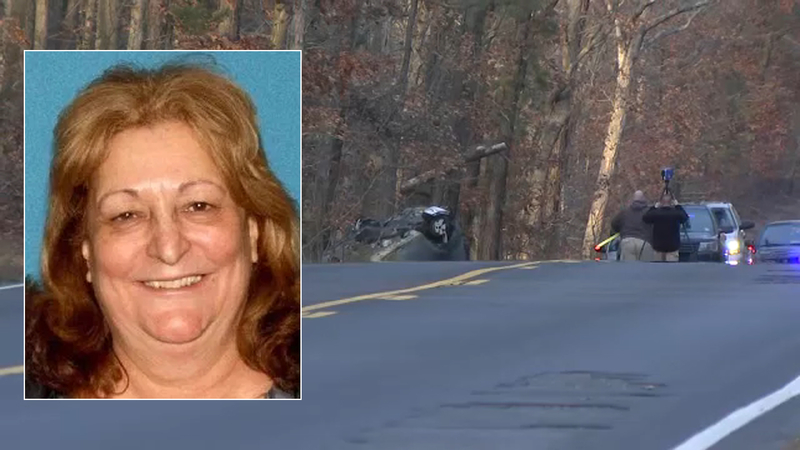 MAYS LANDING, New Jersey (WPVI) -- A South Jersey woman has been charged with aggravated manslaughter in connection with a crash that left a mother and her infant son dead earlier this year.

Authorities say she was speeding on February 26, 2019 while intoxicated with alcohol when she crossed over the yellow line on English Creek Avenue and struck the victims' car head-on.

The investigation also revealed that Cavanaugh was under the influence of alprazolam when her car left its lane of travel.

Alisha Williams of Somers Point and her 10-month old son were killed.

"This was a senseless tragic loss of a young mother and infant son, which could have easily been avoided. There are too many examples of these tragedies that have cost us too many loved ones and friends by people who engage in reckless and irresponsible conduct by weaponizing their vehicles when they are driving under the influence of drugs or alcohol," said Atlantic County Prosecutor Damon G. Tyner.
Report a correction or typo
Related topics:
atlantic countyaccidentcrash
Copyright © 2021 WPVI-TV. All Rights Reserved.
TOP STORIES
Shootings leave 2 dead in Philly; homicide total rises to 503
Rally held after unedited video of Christian Hall shooting released
Joel Embiid returns for 76ers; Jim Gardner rings the bell
Officer struck pedestrian, drove home with body: Prosecutor
AccuWeather: Seasonable Sunday on the way
Holiday shoppers downsize for Small Business Saturday
Crash knocks out power to thousands in NE Philly
Show More
Threat of Omicron variant worrying some in Philadelphia
Crime Fighters: Who killed Joshua David Munson?
Woman sought for Center City bank robbery
Data correction drops COVID vaccine rates in Pennsylvania
Man dead after shooting at Moose Lodge in Chester Co.
More TOP STORIES News