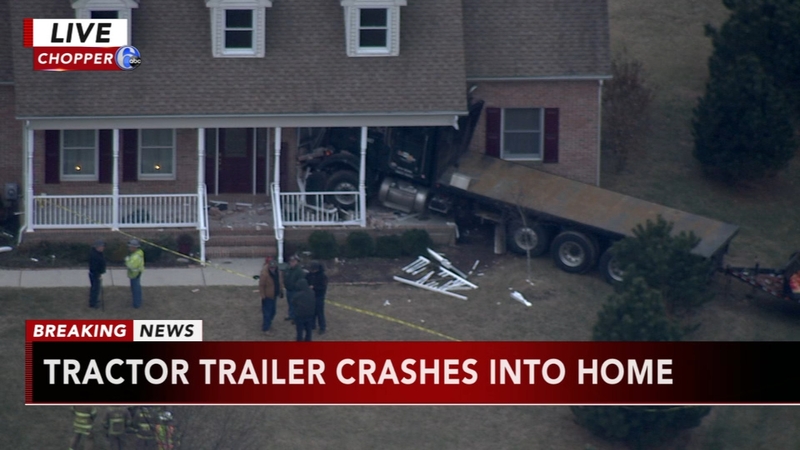 State Police and emergency crews are on the scene of a large flatbed truck that slammed into a house in Pilesgrove, New Jersey.

Chopper 6 was over the scene where a truck with a flatbed trailer that was possibly towing a smaller truck could be seen parked on the porch with its front end having broken through the facade of the home.

State police said a vehicle and the trailer crashed along Lincoln Road, sending the truck into the house.

Officials said the truck driver and the driver of the vehicle were taken to the hospital with non-life threatening injuries. No one inside the house was hurt.

Investigators are working to determine how the crash happened.