N.J. couple on way to their wedding killed in I-78 crash 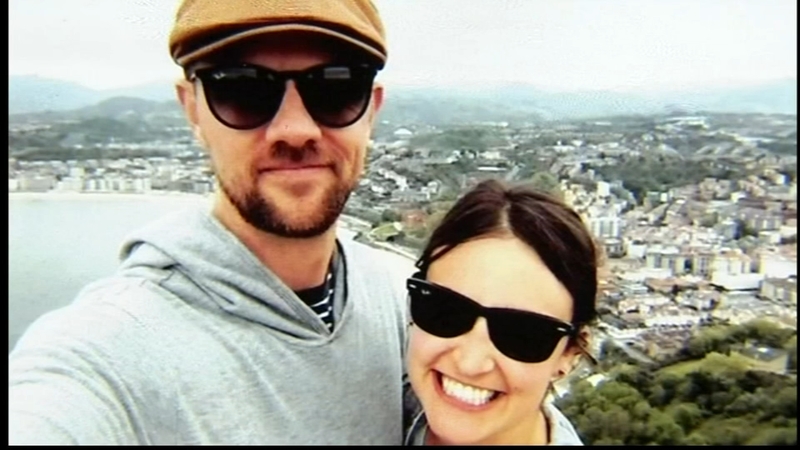 Charges filed in crash that killed couple headed to their wedding

A New Jersey couple on the way to their wedding was killed in a fiery crash on I-78 in Berks County.

The couple was traveling west on Interstate 78, and as they slowed for heavy traffic ahead, a tractor-trailer behind them didn't slow down in time.

That big rig then slammed into the back of the victims' car, plowing it into four other 18-wheelers.

"After the crash, initial impact, we had fire in the back of two tractor trailers and the passenger vehicle - heavy fire. The victims had no chance at all to get out of there," said Trooper David Beohm.

The couple was on their way to Kearney's hometown of Pittsburgh for their ceremony.

According to her obituary, Schurtz, 35, resided in Jersey City. She was employed as the head of platform partnerships for Oracle Data Cloud in New York City.

Schurtz grew up in Fanwood, N.J., and graduated from Union Catholic High School in Scotch Plains, N.J., in 2001. She attended George Washington University, where she received her liberal arts degree and went on to earn her MBA from Notre Dame.

"She will be remembered for her voracious appetite for reading, love of cooking, and trailblazing new adventures with Joseph," her obituary reads.

She is survived by her parents, Joseph and Karen; her sister, Kimberly; her sister and brother-in-law, Joanne and Kevin Schwoer, and her 3-month-old nephew, Landon Schwoer.
Schurtz mother was a former councilwoman in Fanwood, New Jersey.

The Council of the Borough of Fanwood issued the following statement on their Facebook page:

"Our hearts go out to former Fanwood Councilwoman Karen Schurtz who lost her daughter and future son-in-law in a car accident on their way to their wedding this past week...We are so very sorry."

Trooper Beohm says he has been at the scene of a lot of accidents, but there are some that just stick in your memory.

"You go to these scenes and we've seen them before, but this was really bad. This was a bad one," Beohm said.