10 Years After Katrina, New Orleans Still on the Mend 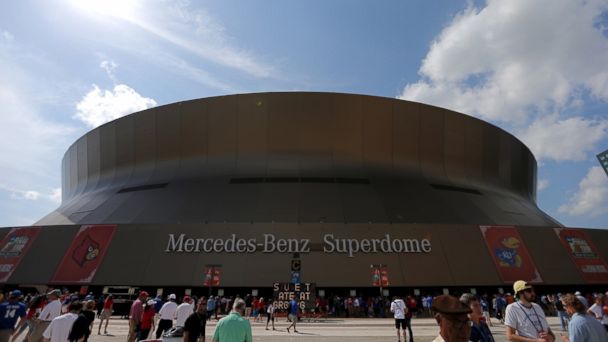 Ten years after Hurricane Katrina, arguably the nation's worst natural disaster, there are remarkable signs of progress along the Gulf Coast.

In 2005, the Category 3 hurricane slammed the Gulf Coast, destroying more than 600,000 homes. In New Orleans, Louisiana, the levees failed and flooded the city to the point where pundits questioned whether the Big Easy would ever come back.

"We had a million structures that were hurt, 250,000 homes were destroyed [and] 1,800 people were taken away from us," said Mayor Mitch Landrieu, who inherited the damaged city in 2010 from Mayor Ray Nagin. "I mean, it was a big, big, massive deal that spanned the entire city. ... Everybody lost everything."

Today, in New Orleans, there is a $14.5 billion levee system protecting the city. Landrieu and other government officials now point to what has been coined "The Great Wall of New Orleans" and is designed to protect the city from another Katrina.

"New Orleans is doing great. ... The levees ring the city and we have a pretty good pumping situation," Landrieu said, reinforcing that The Great Wall is proof of the city taking steps in the right direction.

Col. Rick Hansen, commander of the New Orleans District of the US Army Corps of Engineers, which suffered the brunt of the blame after the levees failed, says that the new system has been based on 152 different storm models.

"It's been under construction for two years and has two more years of construction to be completed," he said.

"After Hurricane Katrina, the corps studied very carefully what had happened and how the system had performed and where it had failed. And since then, the Corps has applied those lessons," Hansen said. "The system that is around the city or that surrounds the city now is many times more robust than the system that existed prior to Katrina."

But with the improvements, Landrieu admitted that even a decade later, trust is still something that has to be built along with the levees. He pointed to the scandal surrounding Nagin, who in 2014 was sentenced to 10 years in prison for corruption, as well as the faulty infrastructure exposed by Katrina.

He made sure to remind everyone that on this 10-year marker of Katrina, the toll that the storm had taken on the area and its residents still needed to be remembered, and that there was still more to be done.

"When you had an old, tired city before, and you had a country that wasn't investing in infrastructure, and then you got beat down like that, you know what? It takes you a lot longer to get back up," he said.

One thing that came back quicker than most people expected was the Superdome.

When Katrina hit, the stadium was the city's official hurricane shelter. For six long days, nearly 30,000 people sought safety inside. The stands were packed with throngs of frightened people, including children and the elderly. People slept on the concrete floor as violent winds pounded the roof, eventually peeling parts of it off so that the storm's torrential rains poured inside. Water and food became scarce. Just as the levee failures became symbols of government failure, so, too, the Superdome became emblematic of all that had gone wrong during Katrina.

For several months after the hurricane, the Superdome stood like a scar upon the city. But within a year it was renovated to the tune of $336 million, and became a domed testament to the resiliency of the city.

"The Superdome, which was the spot of probably the most devastating scenes that America has seen in its lifetime, after the renovation, [has] turned into this beautiful, new building," Landrieu said with no small amount of pride.

The sense of triumph the mayor exhibits, even today, 10 years later, is also about the Superdome's resident team: the New Orleans Saints.

Right after Katrina, the team once known more for losing than winning, made themselves a symbol of the Crescent City's comeback.

And when their quarterback, Drew Brees, held up the trophy for the 2009 Super Bowl, he got the whole city cheering again.

Brees, who moved to New Orleans and joined the Saints shortly after Katrina, following a shoulder injury and a failed contract negotiation, says he is grateful to his adopted city for helping him believe in himself. He spoke of the improvements he'd seen in the last 10 years.

"Not only has New Orleans come back. ... It's come back stronger in so many ways," he said.

The faith Brees has in New Orleans is shared by many others, and it has been a big part of the recovery. Faith-based groups, who volunteered across the region and came year-after-year to rebuild the Gulf Coast brought, also shored up a belief in the future.

"What I've seen in the community is not people reminiscing about how it used to be but imagining what it can become," said the Rev. David Faulker, of Trinity Episcopal Church in Pass Christian, Mississippi, part of a network of faith groups that helped bring stability to the region after Katrina.

Which is why, 10 years after the storm, everywhere you look, despite work that still needs to be done, there is great evidence of resiliency.

"I think what you see happening all over the city is a pretty magnificent manifestation, physically and spiritually, of a city that wants to come into its own, finally. And that's what the past 10 years have been about," Landrieu said.