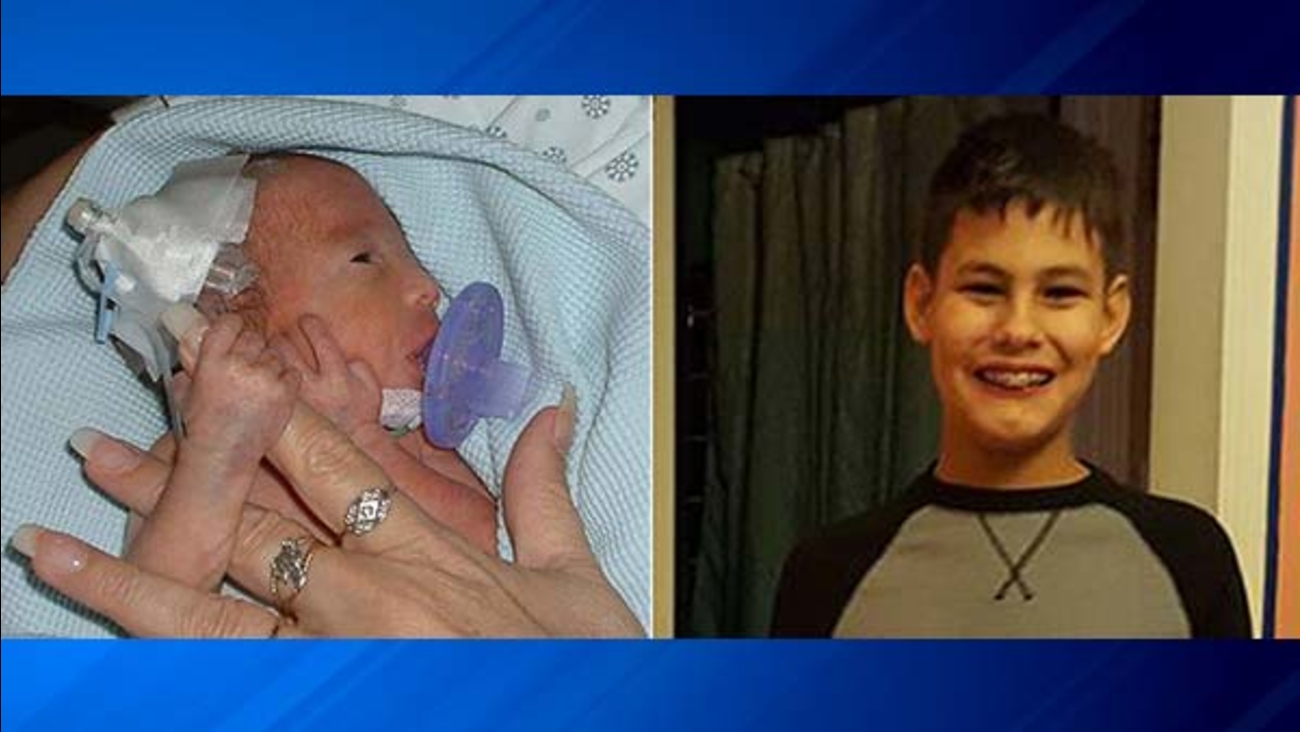 WEST HAVEN, Conn. -- A Connecticut mom who's written a powerful anti-bullying note on behalf of her 11-year-old son is hoping the message will inspire kindness and respect among others.

"[My son] Michael, he told his teacher 'It's OK, I'm getting used to [the bullying],'" MaryAnn Parisi, 36, of West Haven, Connecticut, told ABC News. "That made me feel awful. It made me very angry because he shouldn't be getting used to it. He should not be OK with it. Bullying is not OK. It's not acceptable and you do not get used to it."

Parisi, a mom of three, said she felt compelled to share her son Michael's story after his sixth grade teacher informed her that he was being picked on by his classmates during an assembly -- something she said Michael has dealt with before.

"Apparently it has been happening, but yesterday the teachers, the staff -- they were appalled," Parisi said. "I was obviously notified and I was very angry. Fortunately, you have two students who stood up for him. My son is a love muffin. No anger. He doesn't want anyone to get in trouble, he's willing to take it. It's a hard line to walk because your initial reaction is to lash out because you want to protect your son, but that's not the way to go about it."

Parisi said she channeled her anger into a Facebook post, explaining how Michael was born premature at 26 weeks. She said his premature birth led to some developmental challenges, and she believes he may be bullied because of these challenges.

"He didn't learn to talk till he was 3 years old," Parisi wrote on Facebook. "Walking was very delayed. He didn't have teeth till after his first birthday. He was so very behind. But he loved. To this day, his smile is the best thing ever. There is not one person he doesn't like/love, including those who tormented him today. He forgives and honestly, he forgets too. There is not one judgmental bone in his body. I strive to be more like him daily but fall very short."

"...You don't have to like him, but you do have to respect him...Share, teach, grow. Most importantly respect those around, you never know what they have been through."

After sharing the post, Parisi said comments from family and friends came pouring in--many of whom shared photos, memories and kind words to lift Michael's spirits.

"He's tough and it warms my heart that he is so resilient," she said. "Clearly in the post, you can see he has not had an easy life and it comes into who he is--the silly, the goofy, the confidence...he knows he's different from other kids, but he accepts it. I'm proud of him."