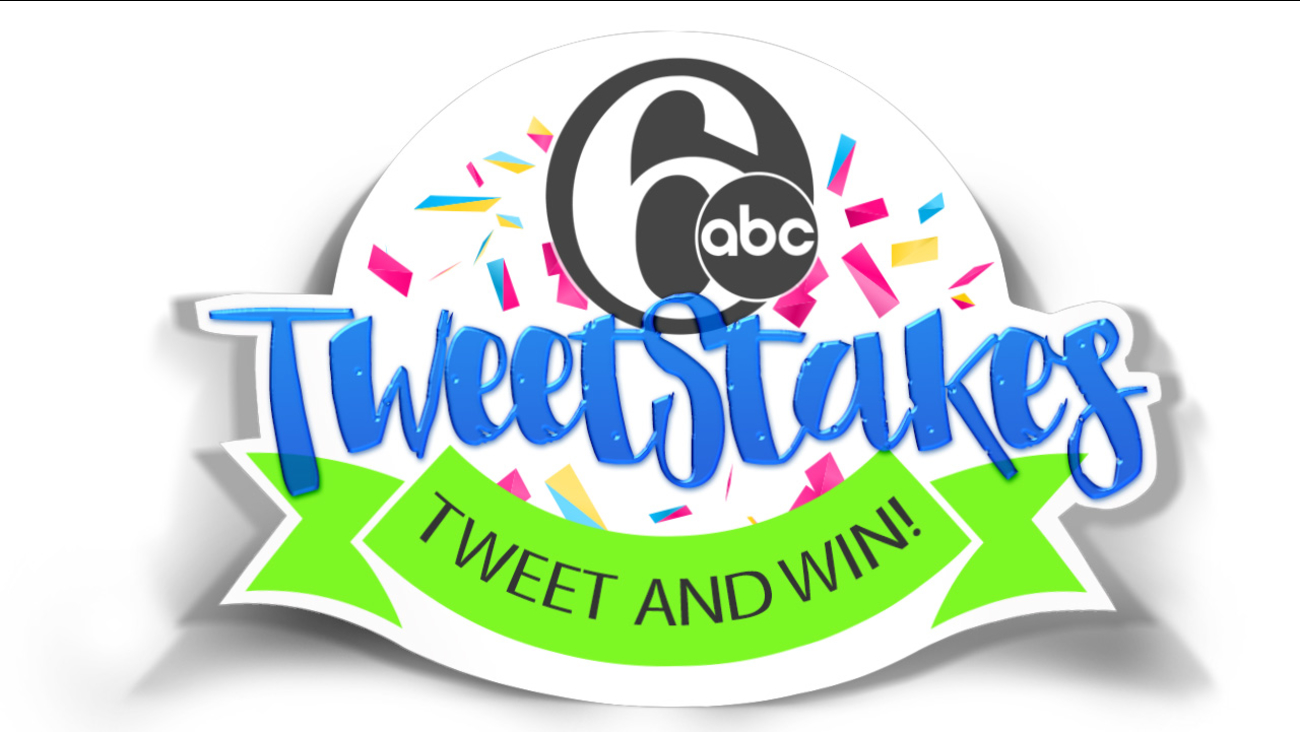 2. ENTRY: During the period beginning at 7:00 PM, March 5th, 2016, and ending at 8:00 PM, March 5th, 2016 ("Entry Period"), you may enter as follows: (1) signing into your Twitter account ("Account") or, if you are not already a member, becoming a member of Twitter.com and signing into your Account; (2) "following" the 6abc Twitter account, http://twitter.com/6abc ("6abc"); (3) 6abc will send a message, or "tweet" to you as a follower, instructing you on how and when to enter the Sweepstakes and (4) you enter by composing and publishing a tweet that includes exactly the following unique language ("Term") in your tweet message: "@6abc" and "#6abcFlowerShow" (collectively, "Entry"). You may also review these instructions in Sponsor's Sweepstakes call to action posted by Sponsor on http://www.twitter.com/6abc. Sponsor, at its sole discretion, may accept a mis-typed Term. If your Account is set to "protected mode", your updates/responses will not be visible in Sponsor's @Reply inbox; and, therefore, will not be received by Sponsor, resulting in your failure to enter the Sweepstakes. Normal Internet access and usage charges imposed by your online service will apply. If you opt to receive Sponsor's tweets via your wireless mobile device (which may only be available via participating wireless carriers), standard text messaging rates, airtime and carrier charges will apply for each text message sent or received from your handset according to the terms and conditions of your service agreement with your wireless carrier. You understand that by participation in this Sweepstakes via mobile phone or text message, if you are a potential winner, the Sponsor may contact you via mobile phone or text message, which will be subject to the charges pursuant to your carrier's rate plan. It is your sole responsibility to notify the Sponsor in writing if you change your Account. For purposes of these Official Rules ("Rules"), all times and days are Eastern Time.

3. LIMITATIONS: All Entries must be received during the Entry Period. Unlimited Entries per Account are allowed. In event of a dispute regarding the identity of the person submitting an Entry, the Entry will be deemed to be submitted by the natural person who is the "authorized account holder" assigned to the Account by Twitter. Entries by any method other than set forth above in Section 2 are void. Use of any automated system to enter as determined by Sponsor in its sole judgment is prohibited and will result in disqualification at Sponsor's sole discretion. Contest is open only to legal residents of PA, NJ and DE and entrants must be at least 18 years old. Any individuals (including but not limited to employees, consultants, independent contractors and interns) who have, within the past six months, performed services for Sponsor, any organizations responsible for sponsoring, fulfilling, administering, advertising or promoting the Sweepstakes or supplying the prize, their respective parent, subsidiary, affiliated and successor companies; (individually and collectively, "Entities"), members of their households and immediate families and any person who, within the past thirty (30) days has been awarded any prize in any sweepstakes conducted by Sponsor, are all ineligible to enter or play. "Household members" shall mean people who share the same residence at least three months a year. "Immediate family members" shall mean parents, step-parents, children, step-children, siblings, step-siblings or spouses. Neither the Entities, nor any of their officers, directors, shareholders, employees, agents or representatives (individually and collectively, "Releases") are responsible for Entries from persons residing, or physically located, outside the Territory; Entries that are altered, delayed, deleted, destroyed, forged, fraudulent, improperly accessed, inaccurate, incomplete, interrupted, irregular in any way, late, lost, misdirected, multiple, non-delivered, stolen, tampered with, unauthorized, unintelligible or otherwise not in compliance with these Rules; or for lost, interrupted or unavailable network, server or other connections; miscommunications; failed phone, computer hardware or software or telephone transmissions; technical failures; unauthorized human intervention; traffic congestion; garbled or jumbled transmissions; undeliverable emails resulting from any form of active or passive email filtering; insufficient space in your email account to receive email; or other errors of any kind, whether due to electronic, human, mechanical, printing, production or technical errors or other causes; even if caused by the negligence of any of the Releases. Each of such potential Entries will be disqualified. Void where prohibited or restricted by law and subject to all applicable federal, state, local and municipal laws and regulations.

Limit one prize per person/Account. If the actual value of the prize is less than the stated ARV, the difference will not be awarded. Any depiction of prizes is for illustrative purposes only. Prizes are not redeemable for cash or transferable, except a Grand Prize is transferable to a surviving spouse residing in the same household. No substitution allowed except, at Sponsor's sole discretion, a prize of equal or greater value may be substituted. Sponsor will not replace any lost or stolen prizes. A prize cannot be used in conjunction with any other promotion or offer. Prize elements may not be separated. Only the number of prizes stated in the Rules is available to be won. Each prize is subject to availability. All prizes will be awarded provided a sufficient number of eligible Entries are received and prizes are validly claimed by March 7th, 2016, after which no alternate winners will be selected, nor unclaimed prizes awarded.

8. CONDITIONS: By entering this Sweepstakes and/or accepting any prize you may win, you agree, represent and warrant that: (1) you will be bound by the Rules and the Sponsor's decisions, which shall be final in all respects; (2) the Entry becomes solely the Sponsor's property and will not be acknowledged or returned; (3) you release and hold harmless the Releases from any and all liability for claims, injuries, losses or damages of any kind, including without limitation, death and bodily injury, resulting, in whole or in part, directly or indirectly, from the awarding, delivery, acceptance, use, misuse, possession, loss or misdirection of any prize; participation in the Sweepstakes or any Sweepstakes-related activity or travel or from any interaction with, or downloading of, computer Sweepstakes information; (4) the Releases do not make any representation, warranty or guarantee, express or implied, relating to the Sweepstakes or the prize; (5) winner's acceptance of a prize constitutes the grant to Sponsor and assigns of an unconditional right to use winner's name, address (city and state only), voice, likeness, photograph, biographical and prize information, statements about the promotion and/or live and taped performances of interviews for any programming, publicity, advertising and promotional purposes without additional compensation, except where prohibited by law; (6) in the event viruses, bugs, unauthorized human intervention, Acts of God, acts or regulations of any governmental or supra-national authority, war, national emergency, accident, fire, riot, strikes, lock-outs, industrial disputes, acts of terrorism or other matters beyond the Sponsor's reasonable control, corrupt, prevent or impair the administration, security, fairness or proper play of the Sweepstakes, so that it cannot be conducted as originally planned, except where prohibited by law, Sponsor has the right, in its sole discretion, to modify the Rules or to cancel, modify, terminate or suspend the Sweepstakes; and in such event, to select winners by such method as Sponsor in its sole discretion shall consider equitable; (7) the Releases are not responsible for typographical or other errors in the offer or administration of this Sweepstakes, including but not limited to: errors in the advertising, Rules, selection and announcement of the winners and distribution of the prizes; (8) any portion of any prize not accepted or used by any winner will be forfeited; (9) the Releases are not responsible for any inability of any winner to accept or use any prize (or any portion thereof) for any reason; (10) the Sponsor has the right, at any time and at its sole discretion, to disqualify any individual it suspects to be doing any of the following: (a) tampering or attempting to tamper with the Entry process or the operation of the Sweepstakes; (b) violating the Rules; (c) violating the terms of service, privacy policy or other terms, conditions of use and/or general rules or guidelines of any Sweepstakes property or service; (d) acting in bad faith, unsportsmanlike or disruptive manner, or with intent to annoy, abuse, threaten or harass any other person or (e) for any other good cause as determined solely by the Sponsor; (11) since any attempt by any individual to deliberately undermine the legitimate operation of the Sweepstakes is a violation of these Rules as well as criminal and civil laws; and should Sponsor believe or become aware that such an attempt has been, is being, or will be made, it has the right to seek remedies and damages from any responsible individuals to the fullest extent permitted by law, including without limitation criminal prosecution and (12) Sponsor has the right to modify prize award procedure at its sole discretion.