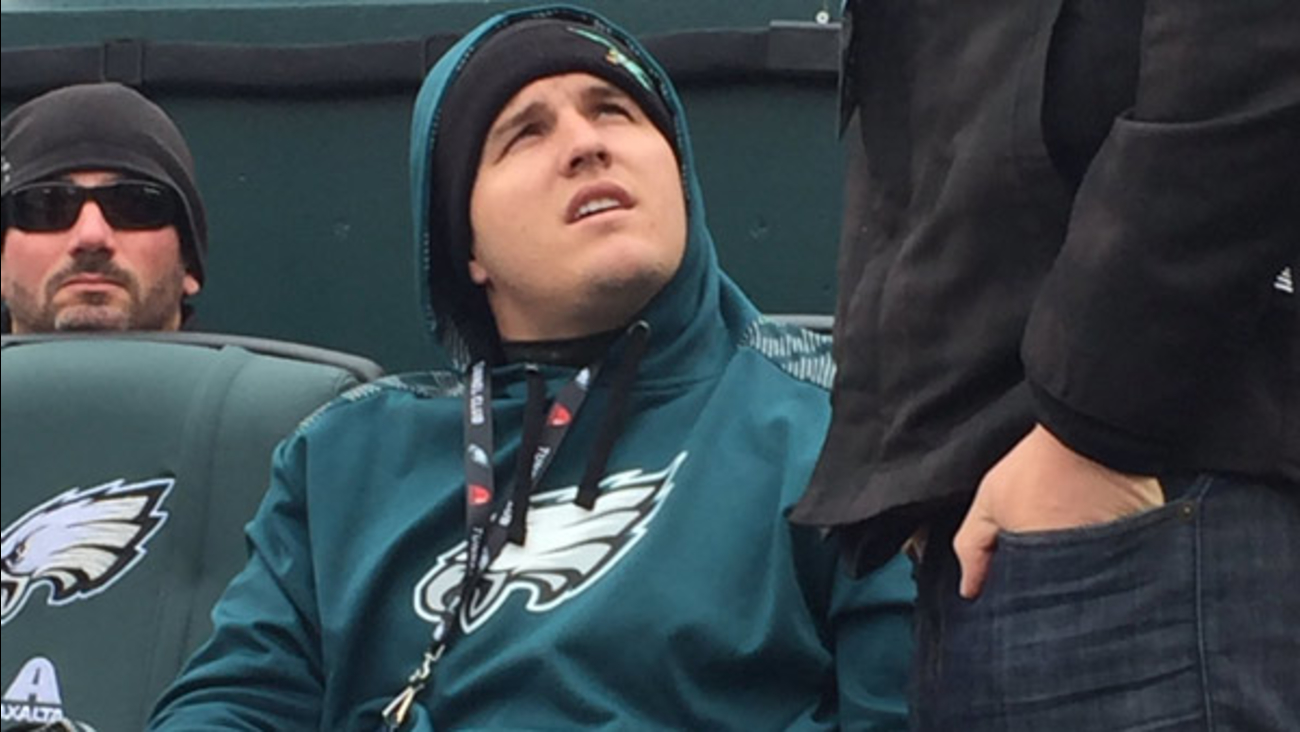 PHILADELPHIA (WPVI) -- Mike Trout may be from Millville, New Jersey, but he's grown accustomed to the warm weather of California as a star on the Los Angeles Angles of Anaheim.

However, on Sunday, Trout, a diehard Philadelphia Eagles fan, along with the rest of the crowd had to endure the cold, brutal temperatures of a December football game at Lincoln Financial Field in South Philly.

Snow flurries were in the forecast as the thermometer teetered around 32 degrees.

But did that ruin Trout's experience? Not at all.

"I love the cold," Trout told Action News prior to the game.

California didn't soften this guy one bit. He told me "I love the cold". #MikeTrout #dedication #truefan #FlyEaglesFly pic.twitter.com/9MVqDgAl0d

It seems you can take the reigning American League MVP out of Philly, but you can't take Philly out of the AL MVP.

In fact, while Trout and his fiancée Jessica Tara Cox were back home, they celebrated their recent engagement with a surprise party Saturday night at Winfield's Restaurant in Millville.

Trout's teammate Garrett Richard and his new wife Alexis were part of the surprise.

You're everything I've prayed for, more than I could've ever dreamed of, and something I'll never take for granted💕💍🍾💥🎉 pic.twitter.com/OwdbXnh7Tc

And guess who was there to celebrate the Richards' wedding? The future Mr. and Mrs. Trout.

Using #TroutsBestCatch on their posts, Mike and Jessica are counting down until their wedding day, which is now just under a year.

And things are starting to come together, as Jessica has already picked out her dress.

But even with all the wedding preparations, Mike Trout continues to make sure he's there to cheer on the Eagles. Cold weather or not.