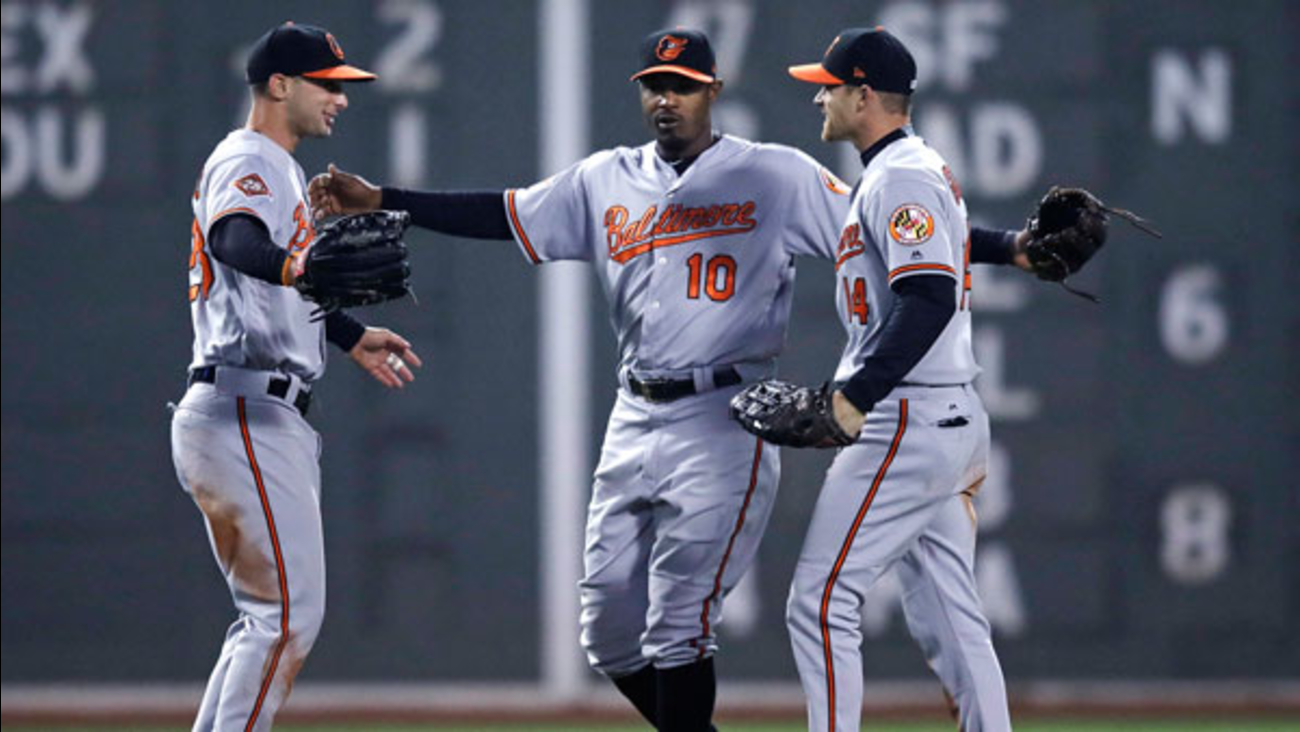 Kennedy also apologized Tuesday for a fan throwing peanuts at Jones during Monday night's game. He said the organization is "sickened by the conduct of an ignorant few."

Jones, who is black, said he was "called the N-word a handful of times" in quotes reported by USA Today Sports and The Boston Globe.

"It's unfortunate that people need to resort to those type of epithets to degrade another human being," Jones said.

"This is not what Massachusetts & Boston are about," the tweet said.

Jones, a five-time All-Star, said he has been the subject of racist heckling in Boston's ballpark before, but this was one of the worst cases of fan abuse he has heard in his 12-year career, according to USA Today Sports.

USA Today Sports reported that Red Sox officials confirmed that a fan threw a bag of peanuts at Jones and was ejected from the stadium.

"It's pathetic," Jones said. "It's called a coward. What they need to do is that instead of kicking them out of the stadium, they need to fine them 10 grand, 20 grand, 30 grand. Something that really hurts somebody."

The Red Sox said they are reviewing what happened at the game, but that any spectator behaving poorly forfeits the right to be in the ballpark and could be subject to further action.

The Orioles' 5-2 victory marked the latest testy game between the AL East rivals this season, including a dustup in Baltimore a week ago.

In the teams' previous meeting at Camden Yards, Boston reliever Matt Barnes sent a pitch that whizzed behind Manny Machado's head and hit the slugger's bat. Barnes was suspended four games and fined.