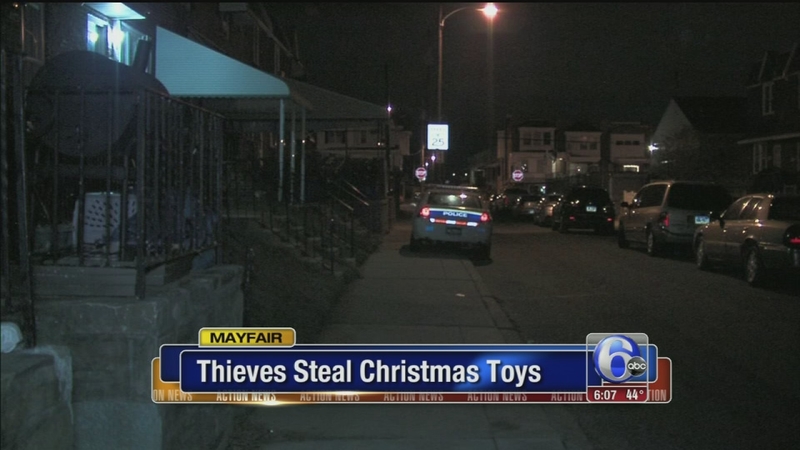 It happened around 4 a.m. Sunday on the 4600 block of Oakmont Street.

Police say three armed, masked men knocked on the door of a home with five adults and three children inside.

A man opened the door.

"A gun was in my face. They told the two gentlemen that were in my house, 'sit on the couch.' They told the girls, 'take the kids upstairs.' They took me around the house looking for stuff, throwing stuff around. They made me open up my safe," the father told Action News.

The men got away with jewelry, $750 cash and the children's Christmas presents.

"I was scared. They kept saying they was going to shoot me if I didn't give them the stuff," the man said.

The man's wife, Amber Gault, claims the thieves forced her and the children upstairs during the robbery and swiped rings right off her fingers.

"There's so many other ways to get money, and you're going to steal and rob from my kids," Gault said.

According to police, the thieves escaped out the front door.

As detectives investigated, several adults say they weren't allowed to return to the home for more than five hours. They question whether authorities are taking them seriously.

"They don't believe us at all. It's ridiculous. Why wouldn't they believe us? Why would we make this up?" Gault said.

The man says there was a similar break-in two doors down.

Police are releasing few details about the investigation.