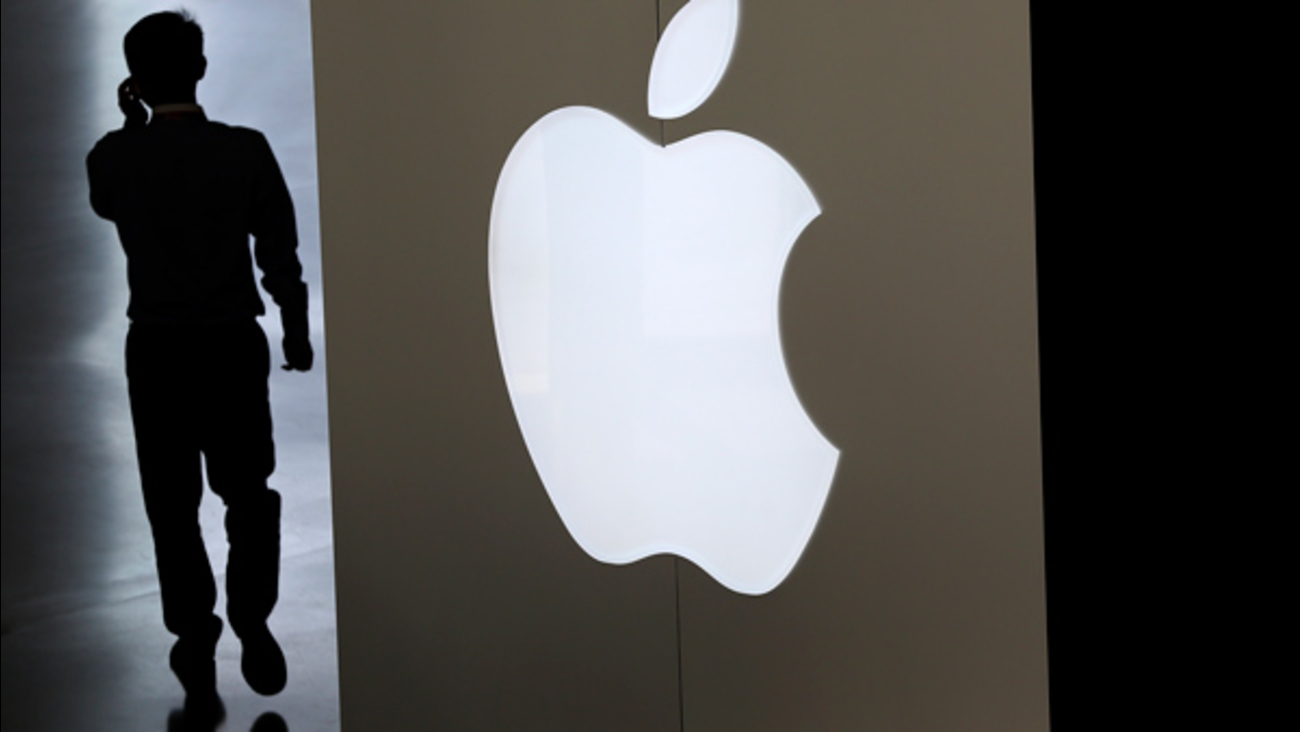 SAN FRANCISCO (WPVI) -- Apple had another blowout quarter thanks to its new plus-sized iPhones, which helped the company smash sales records for the holiday season.

Apple said Tuesday that it sold 74.5 million iPhones during the three months that ended Dec. 31, beating analysts' expectations for the latest models of Apple's most popular gadget, introduced in September.

The surge in iPhone sales drove the company's total revenue to $74.6 billion, up 30 percent from a year earlier. CEO Tim Cook said on a call with analysts that demand for the phones was "staggering," and noted that results would have been even higher if not for the impact of the strong dollar on overseas sales. Net income rose 38 percent to $18 billion, as Apple reported earnings of $3.06 a share. Analysts surveyed by FactSet were expecting earnings of $2.60 a share on revenue of $67.39 billion.

Apple also forecast revenue for the current quarter between $52 billion and $55 billion. The midpoint of that range is just below the average analyst estimate of $53.6 billion for the period ending in March, when sales typically fall from their holiday season peak. Apple Chief Financial Officer Luca Maestri said in an interview that revenue for the current period will increase between 14 and 20 percent from a year ago, despite the strong dollar, which has forced other companies such as Microsoft to lower their forecasts.

Apple has set records with each new version of its iPhones. By comparison, the company sold 51 million smartphones during the holiday quarter in 2013, when its iPhone 5s and 5c models were new on the scene. Bigger screens are one reason for the popularity of the iPhone 6 and 6 Plus. Apple had resisted when other companies such as Samsung began introducing smartphones with bigger screens. But its iPhone 6 has a 4.7-inch screen, measured diagonally, while the 6 Plus screen measures 5.5 inches. That compares to a 4-inch screen on iPhone 5 models.

"It took Apple a long time to come to grips with the fact that the market did want the bigger screen," said Gartner tech analyst Van Baker. "They finally closed the gap on a feature they were missing, which their competition had capitalized on."

The surge in sales of Apple's signature smartphones helped make up for an expected decline in sales of iPad tablets. The company sold 21.4 million iPads, down 22 percent from a year earlier. Sales of Mac computers rose 9 percent, and Apple saw overall revenue gains in all geographic regions.

The new models also helped Apple increase its share of the China market. Apple doesn't break out iPhone sales by country, but a report issued Tuesday by research firm Canalys estimates that Apple sold more smartphones in China during the last quarter than any other maker, including South Korea's Samsung and the Chinese companies Huawei and Xiaomi.

Still, some experts worry that Apple's strength could become a weakness. Apple makes more money from iPhones than any other product, including its iPods, iPads and Mac computers. That could leave it vulnerable as the overall smartphone market shows signs of slowing growth, warned Colin Gillis, a tech stocks analyst with BGC Partners. He notes that Apple depends on iPhones for nearly two-thirds of its revenue.

"Selling north of 70 million of anything is fantastic. But what's going to happen a year from now?" he asked. "The strength today has potential to become a weakness down the road."

Maestri downplayed those concerns. "We are growing our portfolio in many ways," he told The AP, citing the upcoming Apple smartwatch, which will ship in April, and the recent launch of Apple Pay, the company's mobile payments system. He also said iPad sales were "a bit better than we were expecting" and added that new apps for business users, produced in partnership with IBM, should help iPad sales in the future.

Apple shares closed Tuesday at $109.14, down 3.5 percent, but rose over 5 percent in after-hours trading on the report. The stock has gained more than 50 percent over the last year, making Apple the world's most valuable company with a market capitalization of $651 billion.