Police: Man robbed at gunpoint outside cafe in Kensington 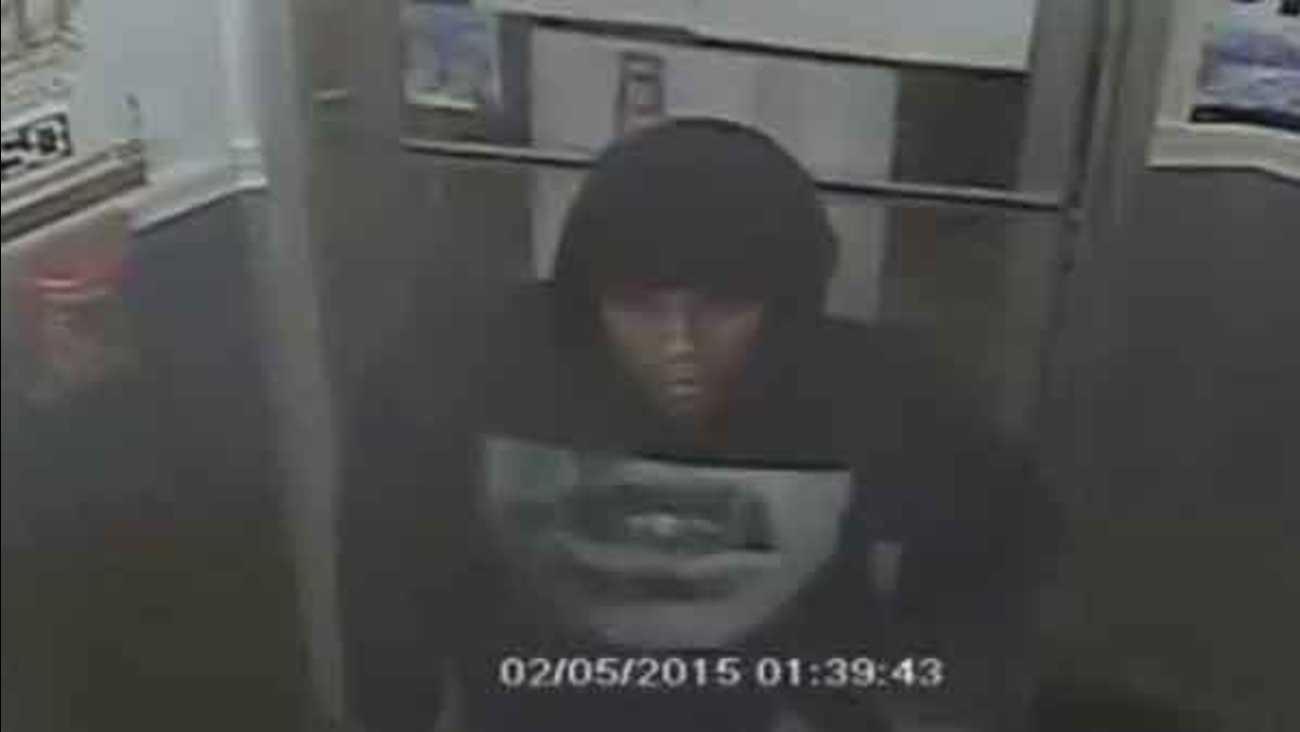 Police are looking to find a suspect who robbed a man outside a cafe in the city's Kensington section early Thursday morning.

KENSINGTON (WPVI) -- Police are looking to find a suspect who attacked and robbed a man at gunpoint outside a cafe in the city's Kensington section early Thursday morning.

It happened outside LJ's Cafe on the 2900 block of Frankford Avenue just before 2 a.m.

Police say the suspect approached a 29 year-old man inside the cafe to sell him some DVD's.

After the victim made a purchase, the suspect followed him outside.

He can be seen confronting the man on the street before pointing a gun at him and demanding cash.

The robber then knocked the man to the ground and went through his pockets.

He got away with nearly $120 in cash and the man's cell phone before fleeing on foot.

Police describe the suspect as a black male, 20 years-old with a thin build, light chin hair and acne. He was wearing a black hooded sweatshirt with lettering , black pants, and armed with a handgun.